Popcorn Time, the 'Netflix For Piracy,' Is Back Online 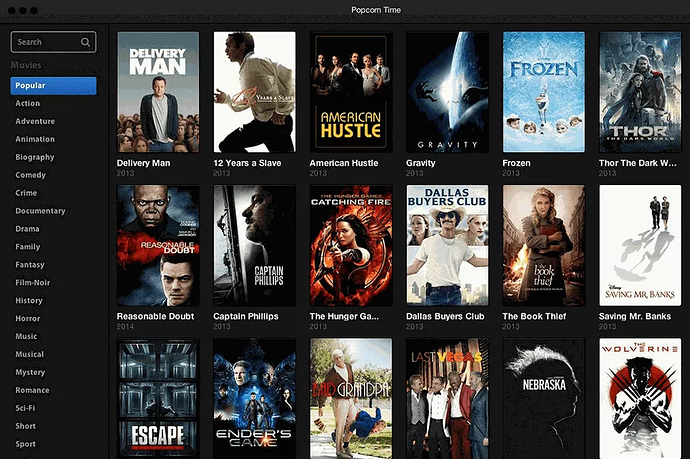 Popcorn Time, the highly popular and extremely-easy-to-use “Netflix for piracy” service, came back Tuesday after a years-long hiatus. The move comes as people around the world are quarantined or being asked to stay in their homes during the coronavirus pandemic. Motherboard reports: Popcorn Time allows people to stream movies using BitTorrent, without actually downloading the movies or worrying about finding a tracker to use. Essentially, it removes any torrenting learning curve, allowing people to (illegally) stream movies and television shows from an easy-to-use app. Because it’s so simple to use, Popcorn Time became instantly popular upon its release in 2014 and was immediately targeted by the movie industry. The service was shut down multiple times by court order, police raids, and IP blocks all over the world between 2014 and now; the open source app was forked several times and has worked intermittently, but has been largely offline over the last few years.

Within the last couple days, a new version of Popcorn Time popped up on Popcorntime.app, version 4.0. The new app works just as well as earlier versions of the app, is free, and implores people to use virtual private networks to avoid having their use of the app detected by their internet service providers. The app has been released while many around the world are quarantined, and also comes at a time when piracy is becoming more popular, generally speaking. Other versions of Popcorn Time are also currently active, but the user interface of this one and its release appear to be closely affiliated with earlier Popcorn Time projects, based on domain redirects and urls.