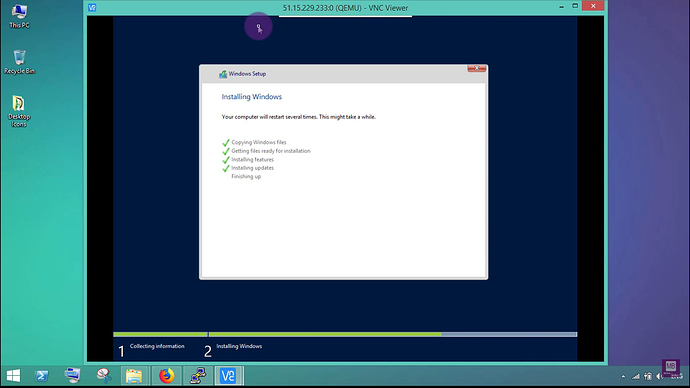 Script would use QEMU-KVM portable software for Virtualization purpose. Since QEMU is a portable s/w, so it can reside in temporary RAM.

And rest of the windows part(clicking, selecting, setting Administrator password ) need to be done manually by any Free VNC windows software.

I also attached Firefox App on CD-ROM, install that, so you don’t need to face “Internet Explorer” horrible setting experience!

A SSH client such as Putty : https://www.chiark.greenend.org.uk/~sgtatham/putty/latest.html

A VNC software such as RealVNC : https://www.realvnc.com/en/connect/download/viewer/

A VPS or Dedicated server with Ubuntu OS Installed.

At least 30GB Free disk space in your system.

Virtualization of your VPS or Server must be enabled. Run below coammnd :

if output is greater than 0, then Virtualization is enabled

If you want to use your own Windows ISO copy.

Then download official copy from https://www.microsoft.com/en-in/evalcenter/evaluate-windows-server-2012-r2 and upload it to your extra server & create a direct url and then replace LINE NO. 39 & 41 of mediabots_Ubuntu-to-Windows.sh with your DIRECT LINK

How to Run the Script

Just run below five commands one after another :

If your system comes with more than 5GB free RAM, script would ask, whether do you want to delete your existing Linux OS(Ubuntu in this case).

Go with that option only if “Rescue Boot” option is available in your Server Hosting Control-panel.

Suppose you proceed with that option, in that case, script would download Windows-ISO image & other stuffs in your system RAM.

Suppose you dont go with that option.

Script would first check, how many Disk are attached with your VPS/Server.

If there are multi Disk.

Winodws-OS would be installed on your second Disk.

If only one Disk attached, then it would check how many partitions(size > 25 GB) are present there.

If there are multi partitons(size > 25 GB). Windows-OS would be installed on second partition.

If only one partion exist, and that partition has more than 30 GB free space. In that case ,it would create a “disk.img” file of 25 GB size for installing Windows-OS on that file.

For few cases, due to RAID configuration of the hard disk, if you had chosen to delete existing Linux OS & install Windows OS on entire hard disk. On your VNC , you might see, Windows installation failing.

If you are facing such issue; Exit from the script & Re-run it & in this time just opt for installing Windows OS without deleting Linux OS. And it would work

In case, portable QEMU-KVM app stopped/closed, your Widows-Server would not be accessible. To access it again, you require to run the QEMU-KVM app again with proper parameters.

Copy the Output of the above result and Paste it & press Enter button. It would run the QEMU-KVM again. So your Windows Server would be accessible again

If you required a reboot of your Windows Server, just reboot it from Windows Server reboot option. Don’t reboot your server from Server Hosting Control-panel. Otherwise QEMU App would get stopped.

If you had opted for removing your old Linux OS, you would get Windows server with full HDD capacity. But RAM would not be full, because QEMU resides on RAM.

But very soon I would add the support for all other Linux Distros too. 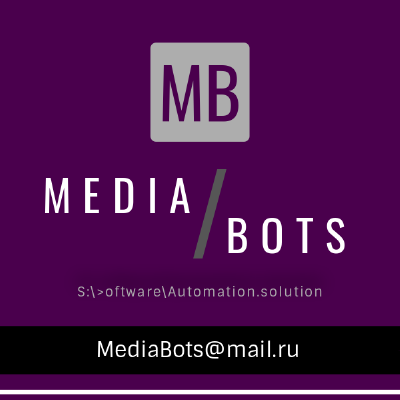 Thanks for sharing Big Titles Guy

Thank you for sharing @Mr.Brilliant.