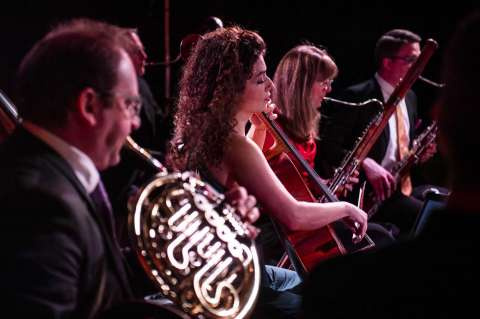 As covid-19 forces more and more classical musicians and organizations to shift operations to the Internet, they’re having to contend with an entirely different but equally faceless adversary: copyright bots. Or, more accurately, content identification algorithms dispatched across social media to scan content and detect illegal use of copyrighted recordings. You’ve encountered these bots in the wild if you’ve ever had a workout video or living room lip-sync blocked or muted for ambient inclusion or flagrant use of Britney or Bruce. But who owns Brahms? These oft-overzealous algorithms are particularly fine-tuned for the job of sniffing out the sonic idiosyncrasies of pop music, having been trained on massive troves of “reference” audio files submitted by record companies and performing rights societies. But classical musicians are discovering en masse that the perceptivity of automated copyright systems falls critically short when it comes to classical music, which presents unique challenges both in terms of content and context. After all, classical music exists as a vast, endlessly revisited and repeated repertoire of public-domain works distinguishable only through nuanced variations in performance. Put simply, bots aren’t great listeners.

These systems aren’t just disrupting the relationships between classical organizations and their audiences; they’re also impacting individual musicians trying to stay musically present – and financially afloat – during the crisis. Michael Sheppard, a Baltimore-based pianist, composer and teacher, was recently giving a Facebook Live performance of a Beethoven sonata (No. 3, Op. 2, in C) when Facebook blocked the stream, citing the detection of “2:28 of music owned by Naxos of America” – specifically a passage recorded by the French pianist Jean-Efflam Bavouzet, whom Sheppard is not. […] And this wasn’t Sheppard’s first run-in with Facebook, which has blocked or muted past performances of Faure, Chopin and Bach for being too digitally reminiscent of other performances of Faure, Chopin and Bach.