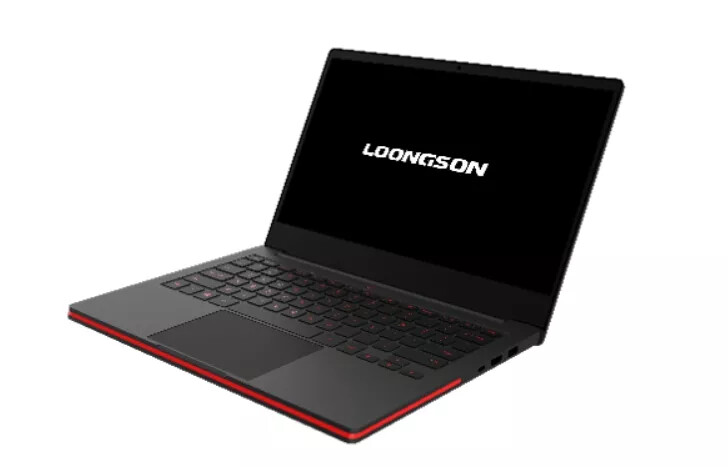 The biggest feature of this laptop is the CPU, featuring Longsoon’s latest 14nm quad-core 3A4000 CPU. Longsoon claims the CPU is 100% faster than the previous generation 3A3000 and is comparable in performance to AMD’s “Excavator” cores used in the A8-7680 Godavari architecture.

Of course, this demonstrates how far behind Longsoon is from TSMC and Intel in performance, speed, and efficiency of its latest node. However, the chairman of Loongsoon Technologies, Hu Weiwu, says, “14nm and 28nm (for its GPU node) is enough for 90% of applications.,” so it appears the company isn’t too worried about catching up to the performance leaders like Intel and AMD.

Due to this laptop being in the Chinese market, Windows is not supported at all. It only runs Chinese “domestic operating systems” that are typically modified versions of Linux. Fortunately, this does mean you can install any Linux flavor you want on the laptop, which can be handy if you don’t want to run China-specific apps only.
Slashdot reader Hmmmmmm points out that Loongson’s upcoming 3a5000 CPU “will be a 12nm CPU that is 50% faster than the 3A4000.”

China inside your house.

Love ,China is my best country

Lol! Be careful. I certainly will not be buying this.

so do i ,I’ll be Careful even for CHINA or *USA both, just arent better, except may be FSF recommedation hardwares