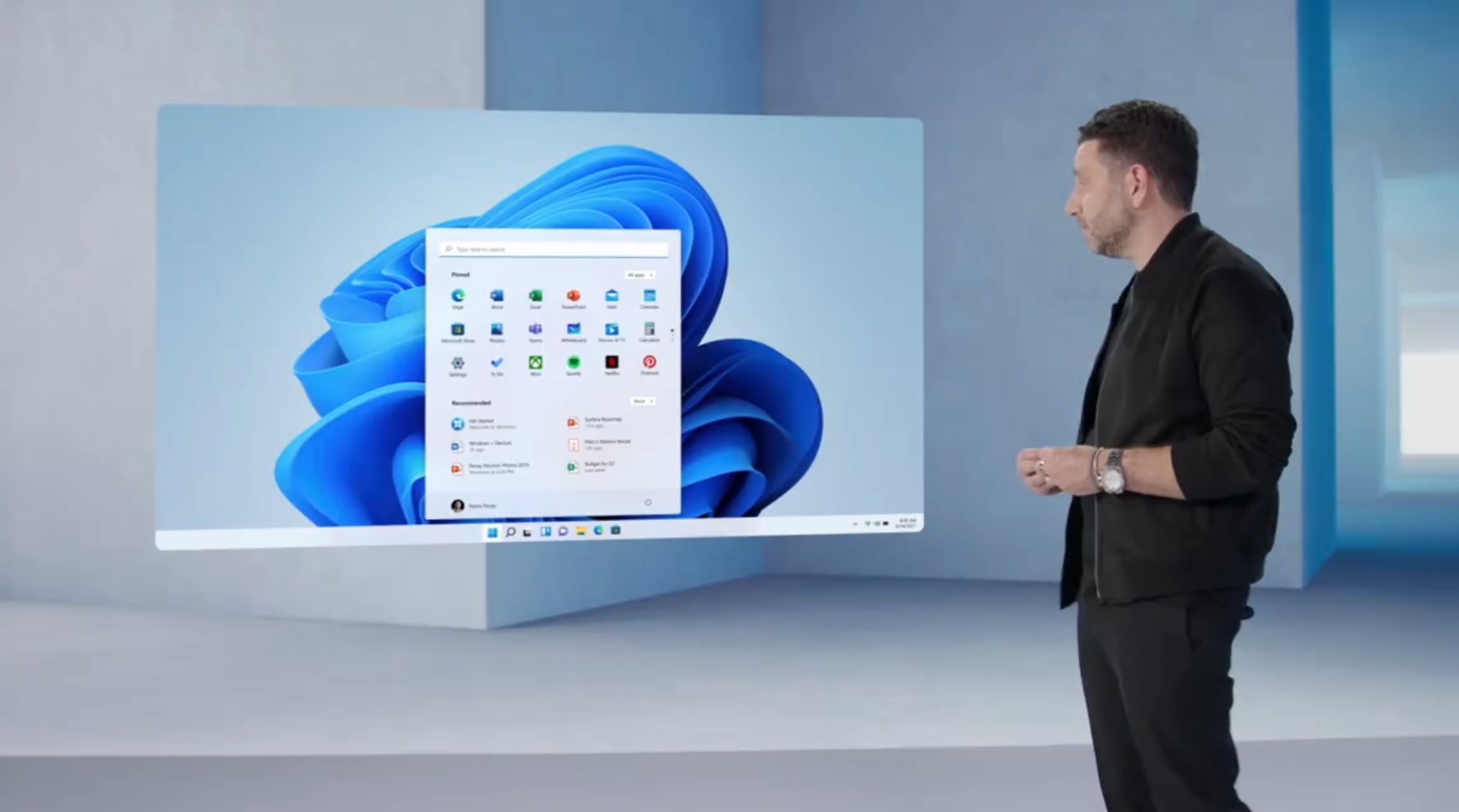 After weeks of leaks and hype, Microsoft today officially announced Windows 11, the next version of its desktop operating system. From a report:

While the company may have once said that Windows 10 was the last version of Windows, forgoing major point launches for a regular cadence of bi-annual upgrades, but it clearly believes that the changes – and especially the redesigned user interface – in this update warrant a new version number. Microsoft plans to release Windows 11 to the general public by the holidays, so we can probably expect it sometime around late November. Before that, we’ll likely see a slew of public betas. If you followed along with the development and eventual demise of Windows 10X, Microsoft’s operating system with a simplified user interface for dual- and (eventually) single-screen laptops, a lot of what you’re seeing here will feel familiar, down to the redesigned Start menu. Indeed, if somebody showed you screenshots of Windows 11 and early previews of Windows 10X, you’d have a hard time telling them apart.

As Microsoft Chief Product Officer Panos Panay noted in today’s announcement, the overall idea behind the design is to make you feel “an incredible sense of calm,” but at the same time, the Windows team has also worked to make it a lot faster. Windows Updates, for example, are supposed to be 40 percent faster, but Panay also noted that starting up your machine and even browsing should feel much faster.

The specs required to run Microsoft’s new Windows 11 OS are only slightly higher than Windows 10’s current requirements. All you’ll need is a 64-bit CPU (or SoC), 4GB of RAM, and 64GB of storage. The Verge reports:This marks the end of Windows support for older 32-bit hardware platforms, even though it will continue to run 32-bit software. The fastest way to find out if your system can handle Windows 11 is to download Microsoft’s PC Health App, which will automatically tell you if your specs and settings are ready for the new OS. The system requirements listed by Microsoft are [available here].

Microsoft has announced that Windows 11 will support Android apps via the Amazon App Store. From a report:These apps will be locally installed, meaning they will show up in the Taskbar and Start menu and not require your smartphone to function. Microsoft didn’t go into much detail, but it’s likely that Android apps on Windows 11 are powered by Microsoft’s Windows Subsystem for Linux 2. These apps will be discoverable in the Microsoft Store.

Microsoft, which has unveiled a new version of Windows for the first time in six years, said it will integrate its Teams chat and videoconferencing software directly into the operating system. From a report:Teams has seen a huge surge in users during the pandemic, boosting Microsoft in a product category where it’s been trying to catch up with Slack and Zoom. The latest personal computer operating system, Windows 11, also features a new design and will offer changes to the app store.

Welcome to the new Operating system!

Due to new TPM 2.0 Requirements , 90% of older systems will not able to run windows 11. From security point of view this is good.

Microsoft’s PC Health App may not work correctly as it happened in my case. If it says your PC is not ready for Windows 11, you should still verify your specs manually you may have a chance. I manually checked the requirements list and luckily I fulfill all of those including TPM 2.0. 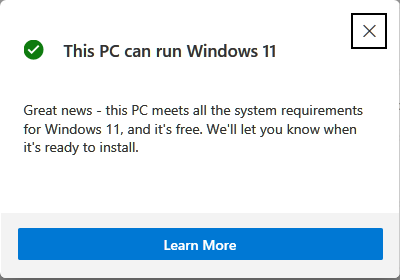 TPM 2.0 will only allow genuine software to run. Good for govt and companies to track, verify users but bad for general end users. Worst thing is drm will be hardware based and uncrackable so no free ebooks or free photoshop.

Check if your system matches here

Yeah from Privacy concern its not good .
People had already find the way to bypass TPM 2.0 and way to install windows 11 in non TPM module system as well

Surely other people will come with tricks to bypass it

I do agree. I do have 8th gen CPU and my CPU is also listed in Microsoft official list of cpu, TMP 2.0 is enabled in my system still this checker shows Not supported

I did checked today by installing windows 11 on my system as main OS… it did work… Probably tool is bugged or something.

NOTE: So far the requirements for windows 11…

And check this article to enable secure boot and TPM: https://allthings.how/how-to-fix-this-pc-cant-run-windows-11-error/

I have all requirements except that TPM 2.0 it seems this video shows a kind of workaround this issue https://www.youtube.com/watch?v=5rDJyMXbPdE

can someone help me. i checked all requirements and my pc has all of them, still it says not compatible with windows 11, can someone explain why