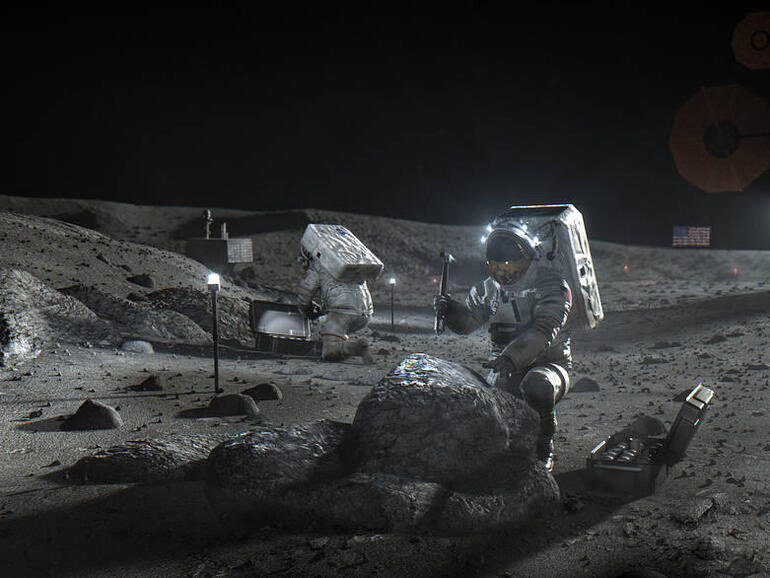 “To teach the next generation of computer scientists the basics of Python programming, Microsoft recently announced a partnership with NASA to create a series of lessons based on space exploration efforts,” reports TechRepublic:

Overall, the project includes three different NASA-inspired lessons… The Introduction to Python for Space Exploration lesson will provide students with “an introduction to the types of space exploration problems that Python and data science can influence.” Made up of eight units in total, this module also details the upcoming Artemis lunar exploration mission.

In another learning path, students will learn to design an AI model capable of classifying different types of space rocks depicted in random photos, according to Microsoft. However, the company recommends a “basic understanding of Python for Data Science” as a prerequisite for this particular lesson. The last of the three learning paths serves as an introduction to machine learning and demonstrates ways these technologies can help assist with space exploration operations.