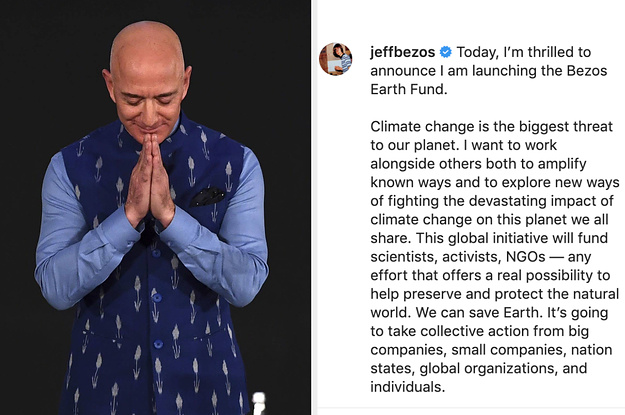 Amazon CEO Jeff Bezos says he’s launching a $10 billion Bezos Earth Fund that will issue grants aimed at addressing climate change – a move that comes less than a month after hundreds of Amazon employees criticized what they saw as the company’s weak commitment to tackling the issue. From a report: 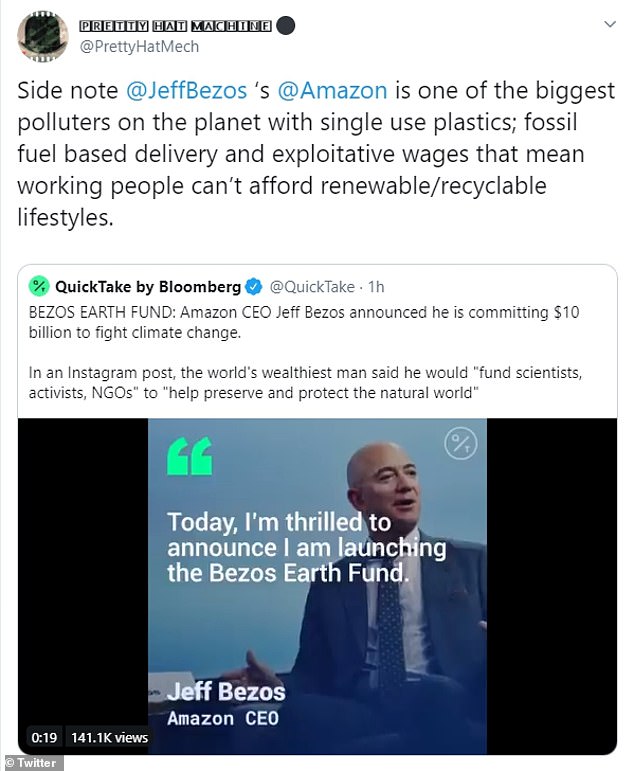 Bezos, who’s the world’s richest individual with a net worth estimated at nearly $130 billion, unveiled his philanthropic initiative in an Instagram post. “Climate change is the biggest threat to our planet,” he wrote. “I want to work alongside others both to amplify known ways and to explore new ways of fighting the devastating impact of climate change on this planet we all share.”