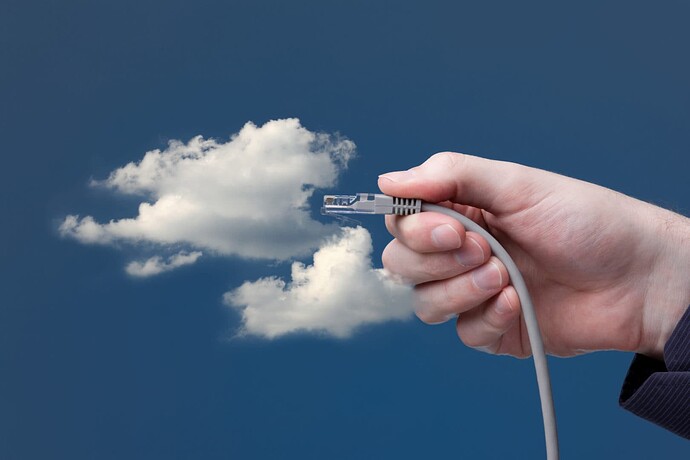 In the past three weeks, two major outages at Amazon’s cloud computing service “led to widespread disruptions at other online services,” reports NBC News. And they also cite June’s “service configuration” issue at cloud CDN Fastly, which took countless sites offline including PayPal, Reddit and GitHub, and an AWS outage in November of 2020 which affected clients like Apple.

“The drumbeat of issues underscores that the internet, despite all it’s capable of, is sometimes fragile…”

The latest disruption occurred Wednesday, when customers of DoorDash, Hulu and other websites complained that they couldn’t connect. The problems were traced to Amazon Web Services, or AWS, the most widely used cloud services company, which reported that outages in two of its 26 geographic regions were affecting services nationwide. A similar disruption took place Dec. 7, crippling video streams, halting internet-connected robot vacuum cleaners and even shutting down pet food dispensers in a series of reminders of how much life has moved online, especially during the coronavirus pandemic. AWS published an unusually detailed description of what went wrong, along with an apology.

The incidents helped to explode the illusion, reinforced by decades of steadily improving internet speed and reliability, that everyday consumers can rely on online services to be available without fail… Experts in computer science and security said the interruptions don’t really call into question the fundamental design of the internet, one of the founding ideas of which was that a distributed system can mostly continue functioning even if one piece goes down. But they said the problems are rooted in the uneven development of the internet, because certain data centers are more important than others; cloud businesses run by Amazon, Google and Microsoft concentrate more power; and corporate customers of cloud services don’t always want to pay extra for backup systems and staff members.

Sean O’Brien, a lecturer in cybersecurity at Yale Law School, said the outages call into question the wisdom of relying so much on big data centers. " ‘The cloud’ has never been sustainable and is merely a euphemism for concentrated network resources controlled by a centralized entity," he said, adding that alternatives like peer-to-peer technology and edge computing may gain favor. He wrote after last week’s outage that the big cloud providers amounted to a “feudal” system.

“There are many points of failure whose unavailability or suboptimal operation would affect the entire global experience of the internet,” said Vahid Behzadan, an assistant professor of computer science at the University of New Haven… “The fact that we’ve had repeated outages in a short period of time is a cause for alarm,” Behzadan said, noting that U.S. businesses have staked a lot on the assumption that cloud services are resilient.
NBC cites reports that some companies are now taking a look at using multicloud solutions. And these outages may encourage businesses to finally take the plunge, adds the CS professor from New Haven.

“The internet will not die any time soon. But whatever won’t kill the internet makes it stronger.”