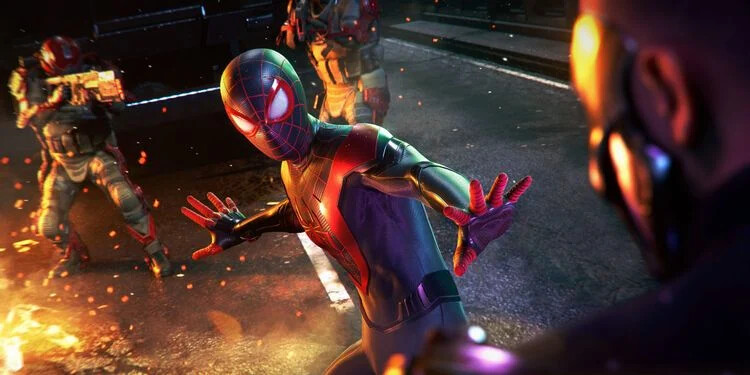 According to a Sony patent spotted by T3, the console maker may be working on a new PlayStation 5 with two graphics card. From the report:

The patent describes a “scalable game console” where “a second GPU [is] communicatively coupled to the first GPU” and that the system is for “home console and cloud gaming” usage. To us here at T3 that suggests a next-gen PlayStation console, most likely a new PS5 Pro flagship, supercharged with two graphics cards instead of just one. These would both come in the APU (accelerated processing unit) format that the PlayStation 5’s system-on-a-chip (SoC) do, with two custom made AMD APUs working together to deliver enhanced gaming performance and cloud streaming.

The official Sony patent notes that, “plural SoCs may be used to provide a ‘high-end’ version of the console with greater processing and storage capability,” while “the ‘high end’ system can also contain more memory such as random-access memory (RAM) and other features and may also be used for a cloud-optimized version using the same game console chip with more performance.” And, with the PlayStation 5 console only marginally weaker on paper than the Xbox Series X (the PS5 delivers 10.28 teraflops compared to the Xbox Series X’s 12 teraflops), a new PS5 Pro console that comes with two APUs rather than one, improving local gaming performance as well as cloud gaming, would be no doubt the Xbox Series X as king of the next-gen consoles death blow.

The cloud gaming part of the patent is particularly interesting, too, as it seems to suggest that this technology could not just find itself in a new flagship PS5 Pro console, but also in more streamlined cloud-based hardware, too. An upgraded PS5 Digital Edition seems a smart bet, as too the much-rumored PSP 5G. […] Will we see a PS5 Pro anytime soon? Here at T3 we think absolutely not – we imagine we’ll get at least two straight years of PS5 before we see anything at all. As for a cloud-based next-gen PSP 5G, though…