When the “maximum” volume just isn’t loud enough, give this a try.

When you’re working out, unwinding from a stressful workday, or just trying to shut out the world, loud music can be a magical thing. Plus, listening to music is proven to make you feel younger. But many iPhone users are of the opinion that even their gadget’s maximum volume isn’t quite at the level of blasting they’d prefer. If you’re one of those people, read on, because it turns out that the “maximum” volume might not be your phone’s loudest setting after all. 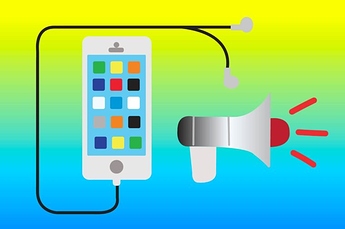 Hidden deep within the settings of your iPhone, there is an option that instantly boosts the volume of your tunes. Twitter user @thebaemarcus revealed this trick to the world, telling everyone to thank him later. Head into your settings and select “Music.” Then, under the “Playback” menu, select “EQ,” then select “Late Night.” Get ready to hear the difference; chances are you’ll never go back. BuzzFeed recommends having your music on while you do this so that you can really notice the change.

Many iPhone users are happily revealing that this trick is music to their ears. Or, rather, louder music to their ears. And apparently, it doesn’t just work with your purchased music, but with YouTube, Spotify, and Pandora, too! So hit that “Late Night” button and jam to your heart’s content. Next time that catchy song gets stuck in your head. find out why, continue reading…

Catchy tunes find a way to lodge themselves into your mind, put themselves on repeat, then eventually go quiet without warning. You don’t see it coming, and there’s seemingly no way to get rid of it once it starts. But just why do songs get stuck in your head? What’s the science behind this annoying occurrence?

Psychologists have been working diligently to try to understand the phenomenon of “earworms.” Don’t worry: They’re not actually little bugs crawling around your head, as the word suggests. An earworm is simply another term for involuntary musical imagery (INMI), the spontaneous recall and repeating of a song in one’s mind.

After conducting statistical analysis of thousands of earworm submissions, music psychologist Kelly Jakubowski found that there are three key features that make a song most likely to become an earworm: being up-tempo, having a familiar melody set, and having a catchy and unique interval pattern. You’ll find these three features in most radio hits, which means popular songs that you are repeatedly exposed to are highly likely to become earworms. However, some of these chart-toppers are especially catchy and persistent, and therefore able to withstand the test of time. Journey’s “Don’t Stop Believin’” is still a common earworm decades after its release.

The faster the speed of a song, the more likely it is to spontaneously pop into your head. Jakubowski says this is because people tend to move along to earworms, so earworms can get stuck in your head when you’re briskly walking, brushing your teeth, or sweeping—solely because they match the tempo of what you’re doing.

Earworms also tend to have simple, familiar sound structures. Jakubowski says that the brain looks for an optimal level of complexity, meaning earworms have to be interesting, but not too difficult to remember. Nursery rhymes, for example, often start at a low pitch, swing upward, then fall back to their original, low note. This is just one of the many common forms a melody can take, and our familiarity with this sound structure makes it easy for our minds to remember and repeat them.

Yet when your brain hears a song, it doesn’t only record its tempo and rhythm, it also pays attention to the song’s emotion and lyrics. All of this information is recorded in the brain’s auditory memory center. And the catchier a song is based on this unique combination of factors, the more attention your brain is going to give it, and the more vividly your memory will cling to it.

Now that you know what makes an earworm, how do these songs get stuck on repeat in your head? It all comes down to cues and triggers in your daily life. Any thought process can have associations with specific song lyrics, including the way you were feeling, the place you were when you first heard the song, who you were with—even the smells around you or what you were eating at the time! Certain phrases, such as “the sun will come out,” can send you on an Annie kick for days. There are endless ways our thoughts can trigger a song association, and once the connection has been made, it’s easy for the tune to begin playing in your mind. This process of involuntary memory is the real reason songs get stuck in your head. As for getting them out—that’s whole other problem scientists are working to solve!