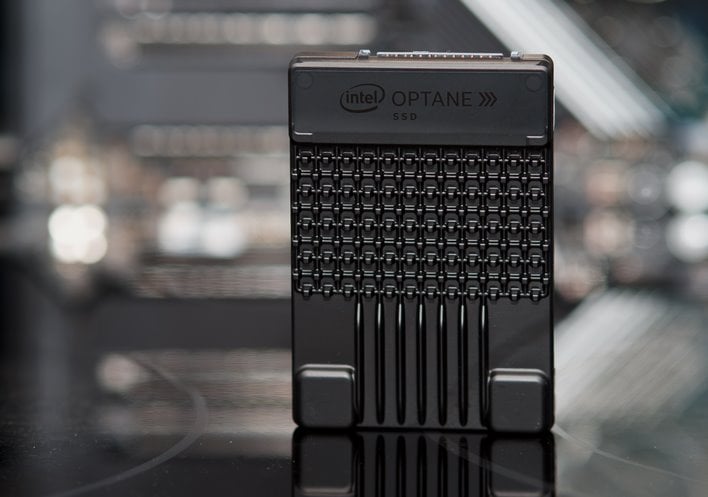 Intel recently shifted its storage strategy somewhat and is now catering its flagship Optane SSD P5800X, which was formerly targeted solely at data centers, to workstation users. The Optane SSD P5800X is based on a proprietary PCIe Gen 4x4 native controller and it features Intel’s second-generation Intel Optane memory. In terms of performance, in some of the first benchmark numbers to hit the web, the drive is an absolute beast in the workloads that matter most for the vast majority of workstation users and enthusiasts. Random reads and writes are exceptionally good and access times at low queue depths are best-of-class. The Optane SSD P5800X’s sequential transfers, while strong, aren’t quite on the same level as some of today’s fastest NAND-based PCIe 4 solid state drives, but they do exceed 7GB/s, which is still extremely fast. Overall, it’s essentially the fastest SSD ever made. Endurance is off the charts too. However, all of that SSD horsepower comes at a price though, at a little over $2.50 per Gig and over $2,000 for an 800GB drive. With capacities of 400GB, 800GB and 1.6TB, the new Intel Optane SSD P5800X is shipping and available now.