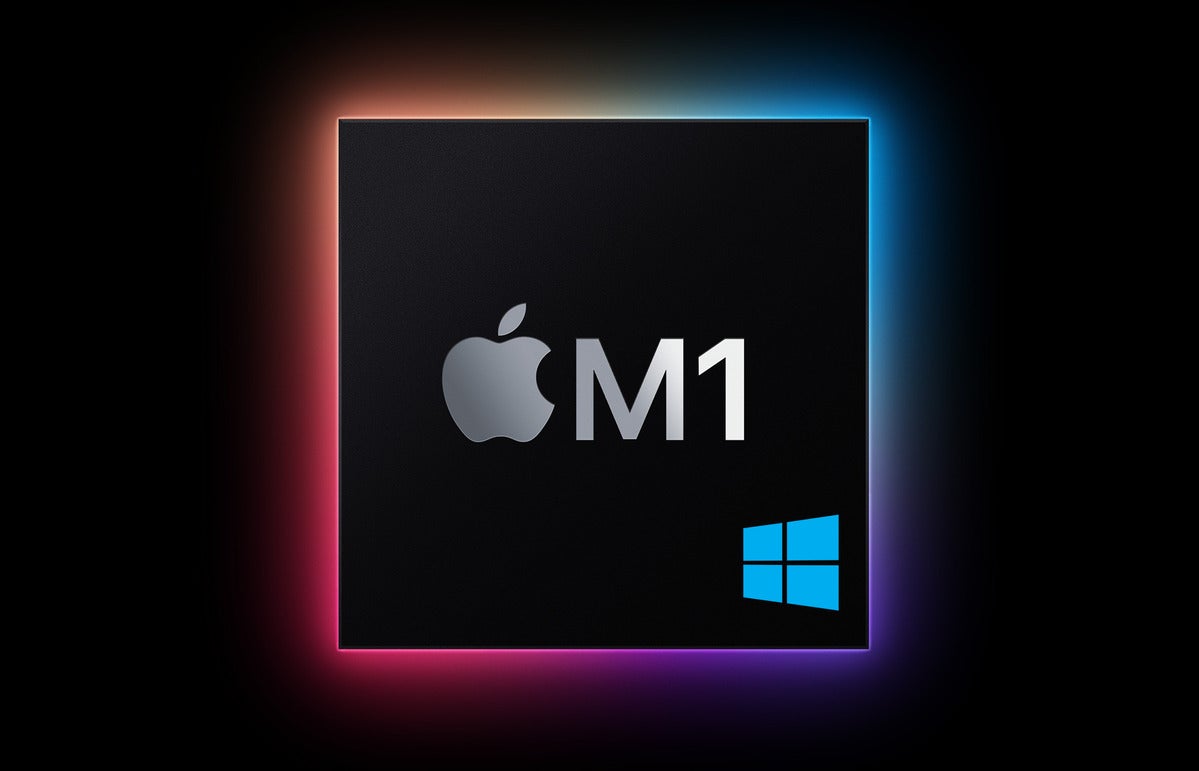 MacBook M1 is slower than Core i7: Intel says in the WebXPRT 3 test, using the same version of Chrome for both the Core i7 system as well as the Arm-native MacBook, Intel takes the lead. The Intel chip was largely ahead in WebXPRT 3, and the x86 chip was nearly three times faster in finishing the photo enhancement test. Intel doesn’t just use WebXPRT 3, though. It also shows the Core i7 pummeling the M1 in a PowerPoint-to-PDF export, and in multiple Excel macros by a factor of 2.3x. And yes, Intel used the Arm-native versions of Office for its tests.

Core i7 Crushes M1 in AI: For content creation tasks, Intel showed the Core i7 to be about 1.12x faster than the M1 in performing a 4K AVC-to-HEVC/H.265 file conversion. In this benchmark, they had the MacBook using the M1-native version of Handbrake. But the real destruction happens once you get to Topaz Lab’s Gigapixel AI and Denoise AI, with the Intel Core chip crushing the M1 in AI-based noise removal and enlargement. Or maybe “crushing” is too nice a term, as it’s more like the Core i7 outpaces the M1 by so much, the M1 wishes it had never been designed.

M1 doesn’t support all the features: Intel also gives itself the lead in Adobe Premiere Pro, using the beta M1 native version in Auto Reframe, exporting to H.264 and H.265. They’re decent wins, but come on, the code is still in beta for the Mac. That said, Intel points out that important features like Content Aware Fill are outright disabled on the beta version, and that’s a concern. If the native version of Photoshop comes out, and there are critical features missing from it, that’s a huge problem for Apple (and Adobe).

You can’t be faster if you can’t run it: For gaming, we see a bit of a back and forth between the Apple M1 and Core i7 in games that actually work on the MacBook. Intel doesn’t let it end there, though, and decides to embarrass Apple further by showing the numerous games where the MacBook scores a 0 because game support just doesn’t exist. Intel points out that “countless more” games “don’t run on the M1,” and then for good measure, it rushes Apple’s bench with a list 10 more games you can’t play on the M1 MacBook: Overwatch, Crysis Remastered, Halo MCC, Red Dead Redemption 2, PUBG, Monster, Hunter World, Doom Eternal, Microsoft Flight Simulator 2020, Apex Legends, and Rainbow Six Siege.

MacBook wouldn’t win Evo certification: You know that fancy Intel Evo program that tries to improve laptop performance in key areas that annoy consumers? Well, Intel pretty much says that if Apple submitted the M1 MacBook to the same program that Asus, Dell, HP, Lenovo, MSI, Acer and others go through, it would be rejected. The reason? Intel says the M1 MacBook is too slow in doing things that anger consumers, such as “switch to Calendar” in Outlook, “start video conference Zoom” and “select picture menu” in PowerPoint.

Great battery life?: Perhaps the most shocking claim Intel showed deals with battery life. While performance tests can be cherry picked by those looking to prove an outcome, battery life usually can’t be disputed. Apple’s official claim gives the M1 MacBook up to 18 hours of battery life using Apple TV app to watch a 1080p video with the brightness set to “8 clicks from the bottom.” Apple also claims up to 15 hours browsing 25 “popular” websites with the same “8 clicks” criteria. When Intel pitted a MacBook Air M1 against an Acer Swift 5 with a Core i7-1165G7, however, it found both basically dead even. The MacBook Air came in at 10 hours and 12 minutes, and the Acer Swift 5 lasted 10 hours and 6 minutes. The difference? Intel said it used Safari to watch a Netflix stream with tabs open with the screen set to a relatively bright 250 nits. On the Acer, Safari was subbed out for Chrome, but the brightness and Netflix remained the same. Intel did add that Apple’s “8 clicks up” is about 125 nits of brightness on the MacBook Air which is pretty dim.

All kinds of things just don’t work on the M1: Intel didn’t just get into the performance of the M1. It also said it found the MacBook Pro had serious shortcomings, such as an inability to use more than one display with a Thunderbolt dock. And while the PC can use gaming headsets, eGPUs, a third-party finger print reader, Wacom Drawing tablet and Xbox Controller, Intel said it found the MacBook Pro simply doesn’t work with eGPUs, and had multiple issues with other devices. That’s just hardware incompatibility. Intel’s rap battle with Apple also highlights issues with plug-ins for Ableton, Bitwig Studio, Avid Pro Tools, FL Studio, Motu and many others.