How To Remove Memoji Stickers From Keyboard On iPhone And iPad 📱

“Memoji Stickers” are spot-on for a fun-filled conversation. With a variety of hilarious designs, they have (kind of) become one of my top picks for keeping the mood of the chat joyful. That said, some users might find them a little too obtrusive in the frequently used section of the emoji picker of the QuickType keyboard. It would have been better had Apple placed it at a different location. Nevertheless, the company has offered a way to remove Memoji Stickers from the keyboard on the iPhone and iPad. So, depending on your convenience, you can keep them out of sight or allow them to show up in the default keyboard as usual. The choice is yours.

The option to hide the Memoji stickers is slightly buried into the Settings. But before getting started with the steps, do note that it is available only in the iOS 13.3 or later (as of now it’s in beta). So, be sure your device is running the right software. Having said that, let me guide you through! 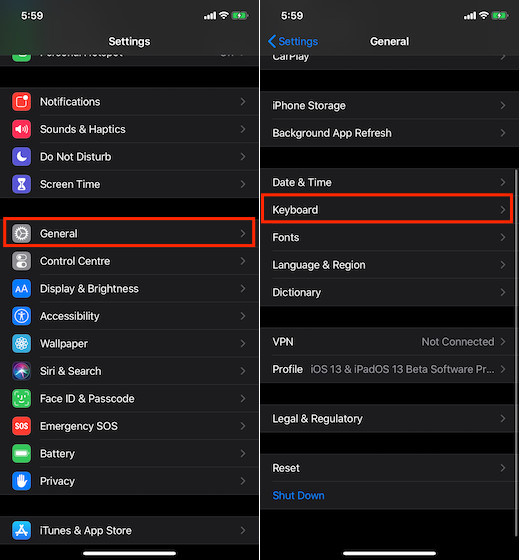 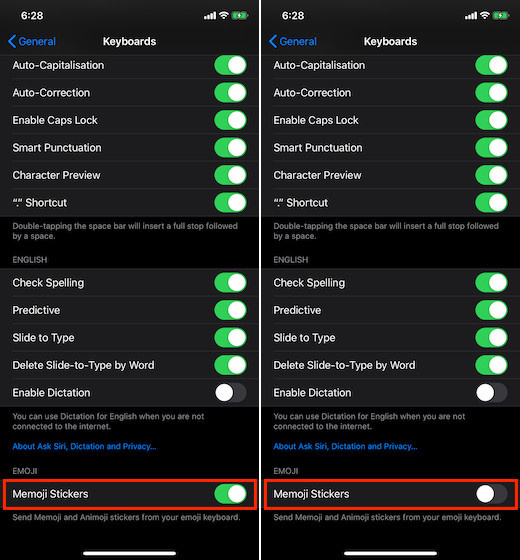 That’s it! Now, quit the Settings app. The change will come into effect instantly. To check out, simply bring up the default keyboard inside any app like Messages. The Memoji stickers will be gone. As it’s an opt-in feature, you can unhide the stickers, if you ever want to get them back. To do so, repeat the same steps mentioned above and then turn on the switch in the end.

Hide Memoji Stickers from Keyboard Without Going into Settings

What if you don’t want to completely get rid of the Memoji stickers from the default keyboard? Well, there is a smart hack through which lets you hide them without having to disable them completely. Simply bring up the emoji keyboard by tapping on the smiley icon. Then, swipe left until the Memoji stickers are hidden. Then, force quit the app. Now, bring up the emoji keyboard. Check out, the Memoji Stickers will be hidden and you need to swipe left to reveal them. 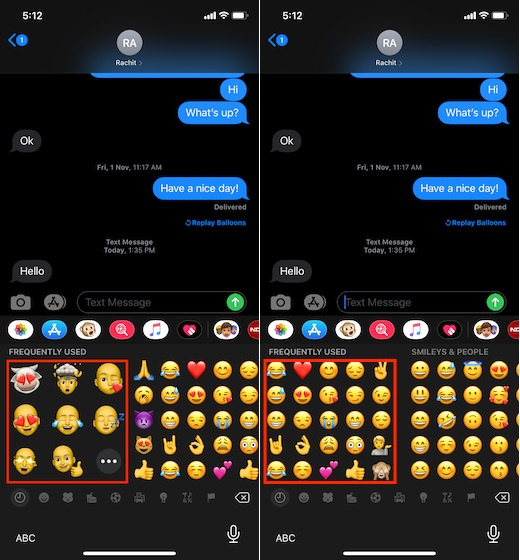 This trick is for the folks who want to remove the funny characters from Favorites. If you are one of those who hate to see these characters, simply swipe right on the iMessage app drawer > More (…) > Edit. Now, tap on the red button to the left of Memoji Stickers and hit Remove from Favorites . In the end, make sure to tap on Done to finish. 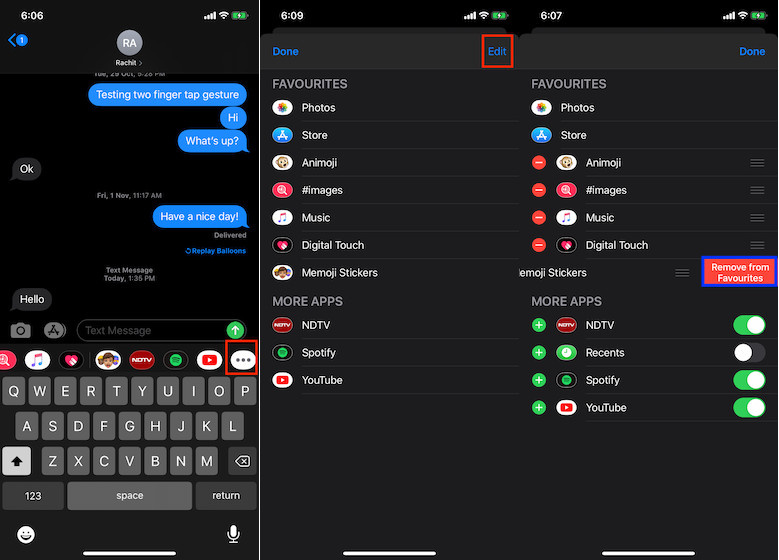 I love that Apple is giving users more and more control over iMessage. With iOS 13, the company not only launched super useful text editing gestures but also allows users to share their image and name when sending messages to someone. And now with iOS 13.3, there’s a method to disable Memoji stickers. All these choices allow iPhone users to control iMessage just the way they want to and that is just great.

Keep Memoji Stickers Away from Your Keyboard

So, that’s how you can keep the Memoji stickers away from your emoji keyboard. Memoji stickers are the sort of feature that brings joy to those who are into messaging and like using cool stickers. But people who use stickers only once in a blue moon may not find them exciting. That’s probably the prime reason why Apple has offered an option to disable it.