How To Open Command Prompt In Folder Using Windows Explorer

The Command Prompt is an incredibly useful way to perform certain tasks. For example, if you want to run a program with special parameters, the Command Prompt is one fast way to do it. The problem is that navigating the directory structure of a modern computer can be a real pain when using Command Prompt. Especially since Windows 10 supports such long folder and program names.

The good news is that you can open Command Prompt directly from inside a Windows Explorer window. Taking you directly to that folder location!

One important point about opening the command prompt in a folder is that we’re referring specifically to the Windows Command Prompt, rather than PowerShell. Although both programs look similar, being a text-command interface, they are actually very different.

Command Prompt is a simple, lightweight text interface for Windows. In contrast, PowerShell is a complex, powerful command-line tool that lets power users do in-depth system management of the computer, among a long list of other handy abilities.

Command Prompt uses the “CMD.exe” while PowerShell uses “powershell.exe”, so they are entirely separate. Although some of the functionality overlaps, the two programs may use different commands to accomplish the same job. This article is only about the Command Prompt, but some of the shortcuts will also work for PowerShell. We’ll indicate when this is the case.

When you open a Windows Explorer folder, you’ll see an address bar similar to that in a web browser. By default, it shows the path of the current folder. You can see it here. 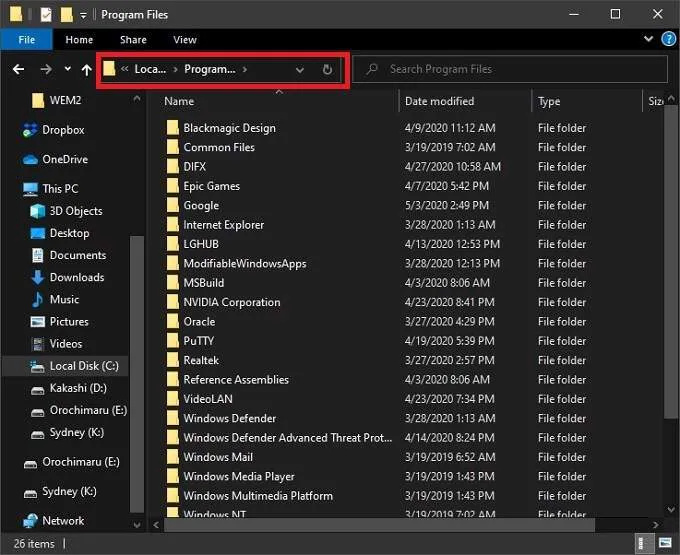 If you click on this address bar, you can type in text. By typing “cmd” and hitting Enter, you’ll open up the command prompt at that location. 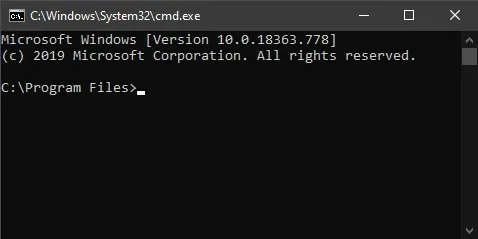 This will also work if you type “powershell” instead of “cmd”. Taking you directly to the Windows PowerShell prompt at that folder.

After the 2017 Creator’s Update for Windows 10, Microsoft removed this option. Why? It’s most likely down to an effort from Microsoft to push people away from using the Command Prompt towards using PowerShell.

Getting this command back is not very difficult, but it does require some tinkering in the Windows Registry. If you don’t feel comfortable doing that, it’s best to skip this method, but if you really want that context menu option back, here’s what to do. 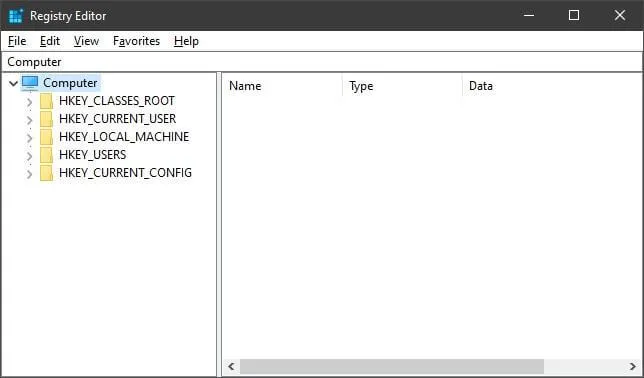 With the registry editor open, look for the following registry key at this path: 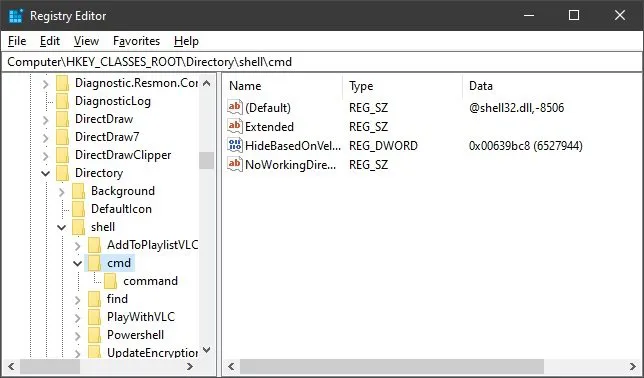 This is where things might start to feel a little risky, but we aren’t doing anything that will break your computer. But make sure you follow these exact instructions!

Right-click on the key and click Permissions in the context menu. 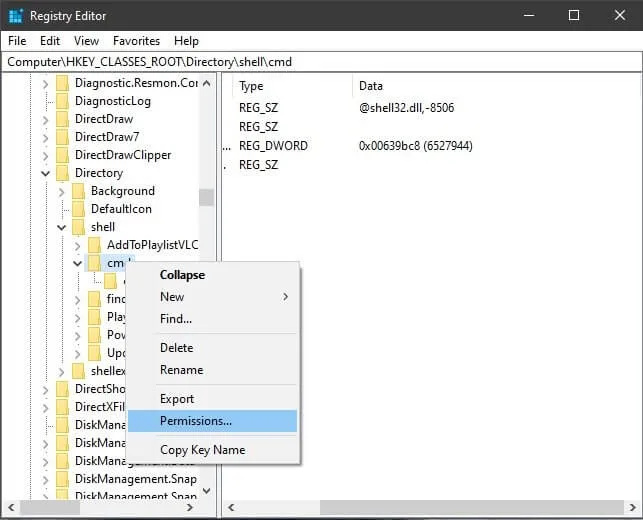 In the dialogue box that opens up, click Advanced.

At the top of the advanced settings window, you’ll see the listed owner of the key. Click the Change option. 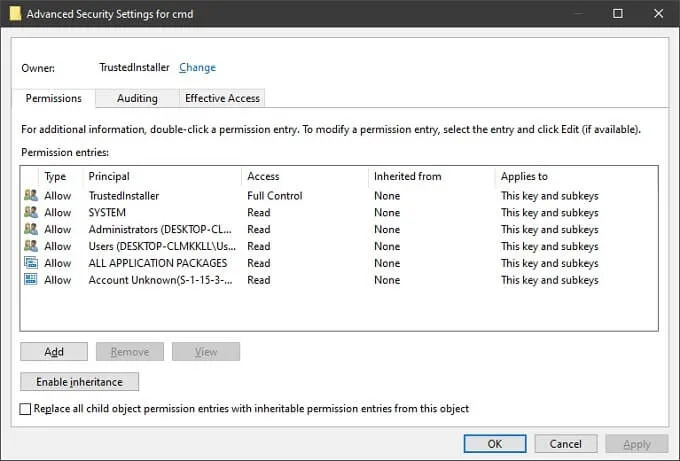 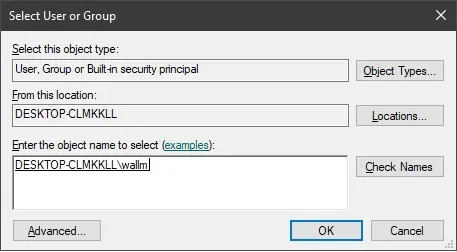 Finally, make sure the Replace owner on subcontainers and objects box is selected before clicking OK . 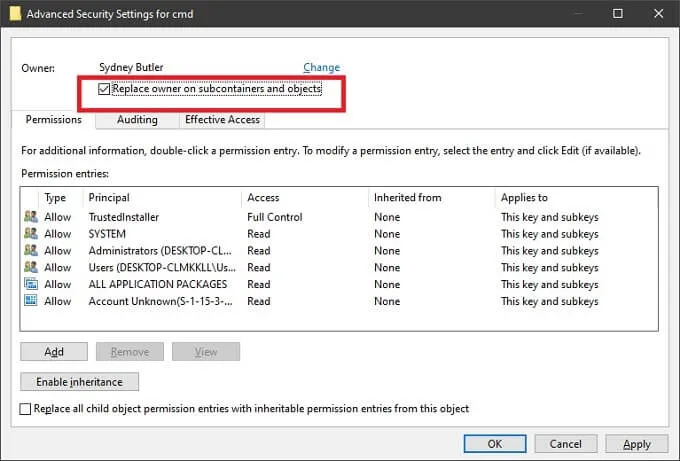 Now we’re back on the permissions page. Select Administrators under Group or user names and select Allow next to Full control . Then click OK . 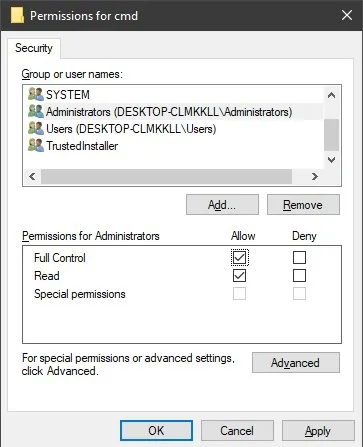 Now we have to restore the context menu entry for the Command Prompt.

Back inside the CMD window, all we have to do is change the “DWORD” from “ HideBasedOnVelocityiD ” to “ ShowBasedOnVelocityId ”. Just right-click on it and choose rename, then change the name of the DWORD. 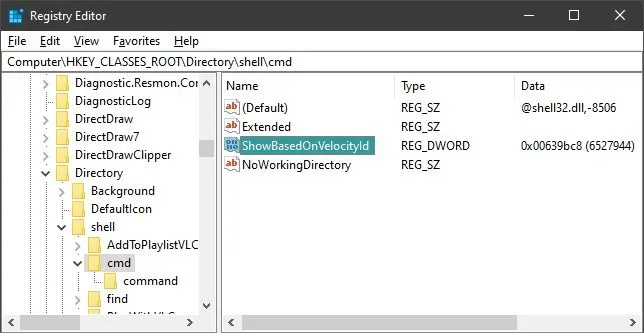 If all has gone as planned, you should now see the “Open command window here” option, when you SHIFT+right-click an item in the Windows Explorer window. 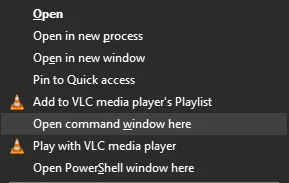 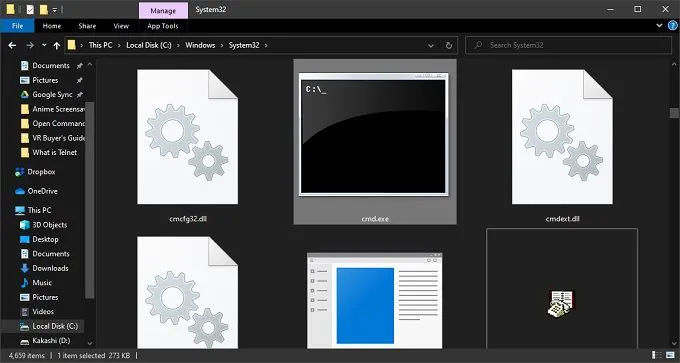 As they’ve done with HyperTerminal, Microsoft may choose to one day completely phase out Command Prompt, in favor of PowerShell. While that’s not a bad thing in itself, PowerShell could do with some polish to help non-power users who would have been fine with the Command Prompt to use common functions just as easily. Still, until the day Command Prompt actually does go the way of the Dodo, you can rest assured it’s only a few clicks away.

The same if you type “powershell” on the command bar, it launches powershell.

Basically every command you type on that bar, opens the application using current path.