How To Make Discord Spoiler Image In Mobile & Computer | 2021

Discord is one of the famous text messaging platform among the gamers and youtubers. Not only this but Discord has shown its influence among the people of cyber security field as well and is gaining popularity day by day.

Discord was released on May 2015 but in short period of time it gains popularity among different community. What makes discord famous is the features that it provides to its users. Among those features Discord Spoiler Image is one. You may be wondering what is Discord Spoiler Image and how can one make discord spoiler image. If you are thinking so then follow the article, we will cover every steps needed to make it.

What is Discord Spoiler Image?

If you are interested in movies or series or animes then you may have heard about the term “Spoiler“. If you don’t know then it is the piece of fiction that reveals the plot or summary of any events. This becomes more interesting when one is watching the movie enjoying its suspense and someone shares all of the plot and destroy the whole suspense.

In the above screenshot you can see that the Image is marked as spoiler and text is hidden by the black band. They both are the examples of spoiler text.

How to view Discord Spoiler Image?

To view discord spoiler is pretty easy you just have to do is click on the image or in the text which is marked as spoiler. But we suggest not to click on any of these until there is urgency or some important things. because who likes to be spoiled.

Note: Discord Spoiler tag is not for hiding the spoiler of some movies or others. Sometimes its’ sent to have fun with friends. We can send the formatted text message in Discord which is another reason why it has gain so much popularity in short interval of time.

How to send Discord Spoiler Image?

Spoiler text and Images for Computer:

Step 1 : Login to your Discord account and head over to the server where you wanted to send the Spoiler text.

Step 2: Once you are in server type the message that you wanted to send as spoiler between two pipe symbol. See the example below if you don’t know what is pipe symbol or type your message after “/spoiler”

Step 3: In the above screenshot you can see that the text inside the pipe symbol || is changed, this is because of the markup. Once you have done this, send the message.

After sending the message you can see that your message is marked as spoiler.

That’s it you have successfully sent the Discord Spoiler image Spoiler text and Images for Mobile:

Now that you know how to send discord spoiler image and text in computer. We will discuss about how you can send it in mobile phone. You can use the similar method for android and IOS devices.

To send the spoiler text from your mobile phone its similar to sending spoiler message from PC.

That’s it send the message now and it is marked as spoiler.

Sending the spoiler image from mobiles devices is little bit tricky. You can send the image as spoiler in Discord PC by simply selecting the “Mark as spoiler” button but thats not the case for mobile. For sending discord spoiler image in mobile follow the article.

That’s it for sending spoiler image in mobile easy right?

I know for most of you this method for sending discord spoiler image in mobile went over head. If thats the case then we have added some pretty good videos on youtube below that will guide you through this. 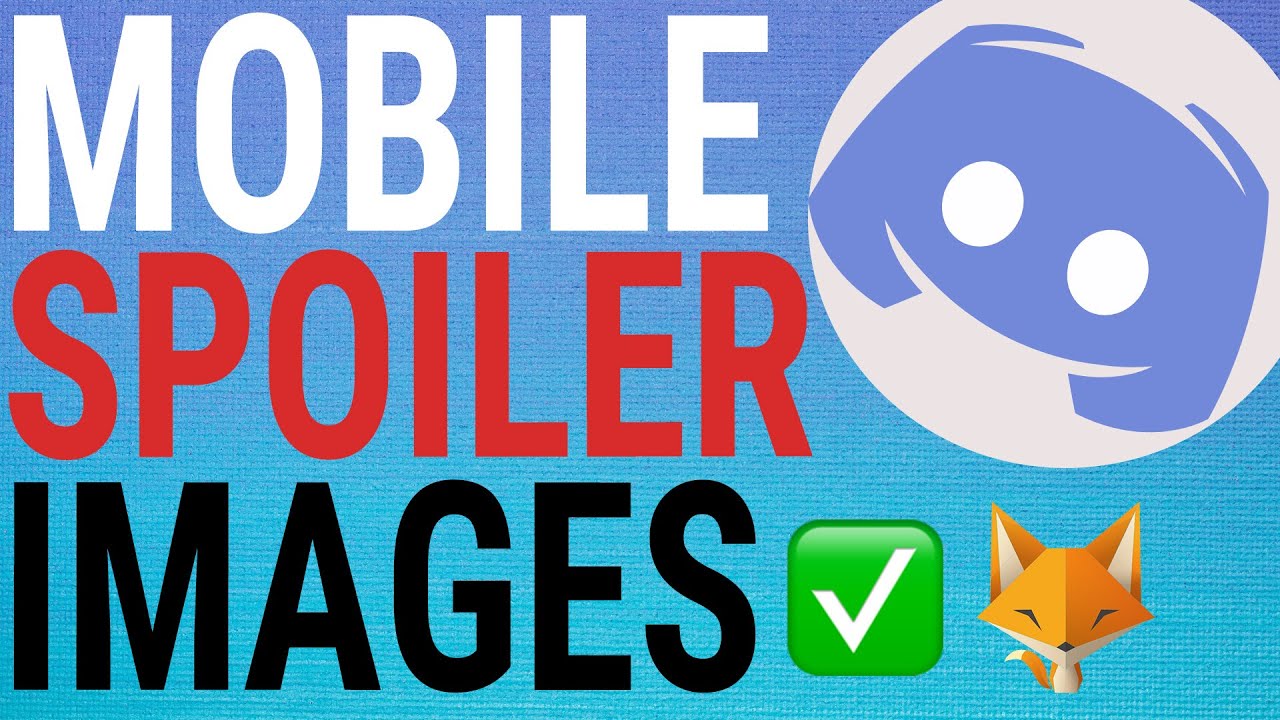