How To Install Kali Linux On Windows 10 | Beginner Friendly

Hello, today I will be showing step by step how to install Kali Linux. This tutorial very beginner-friendly and it’s completely free.

What is Kali Linux:
Kali Linux is a version of Linux that is made for security penetration testing and that lets us use the tools that it offers for cracking. When you install Kali Linux tools like SQL map and hash cat already come installed.

How are we going to install Kali Linux?:
We are going to use a free program called “VMware Workstation 15 player”. It basically lets you run Virtual Machines on Windows. You can also use VMware for installing VM’s like Ubuntu and CentOS.

So let’s get started with how to install Kali Linux now:

Step 1:
Let’s start by downloading the Kali Linux Software. Simply go to this website (Kali Linux Download) and choose between 32 or 64 bit version.

And press the big blue button that says “Try Workstation 15.5 player for Windows”.

When you have successfully installed VMware it should look like this 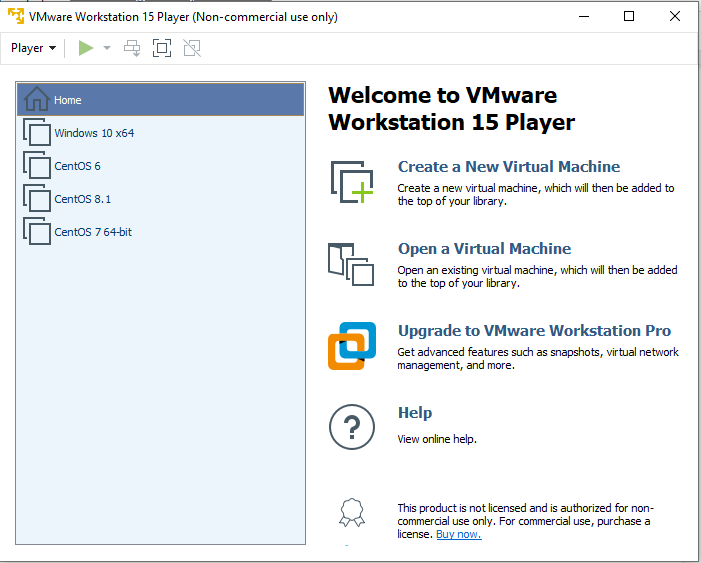 (Don’t mind the Windows and CentOS) 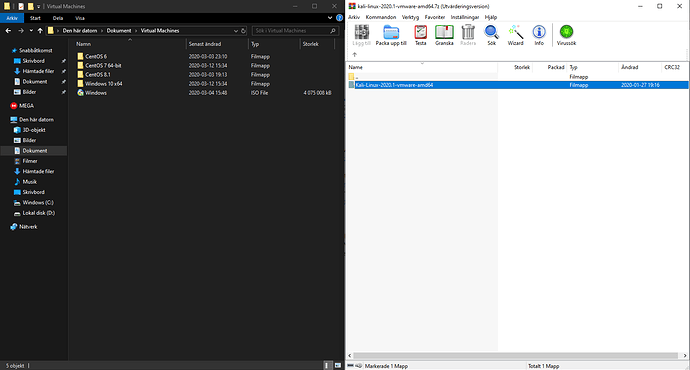 Step 4:
This is the final step. Now when you have done all the steps above open VMware Workstation again and press the button that says “Open a Virtual Machine” 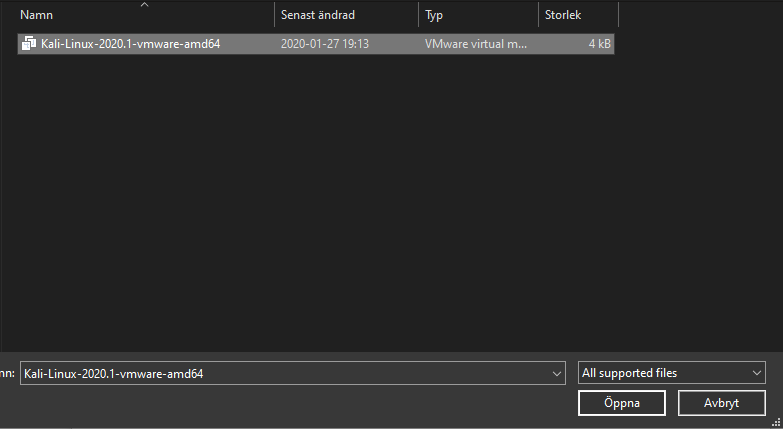 You should now see Kali Linux as a VM machine. It should look like this: 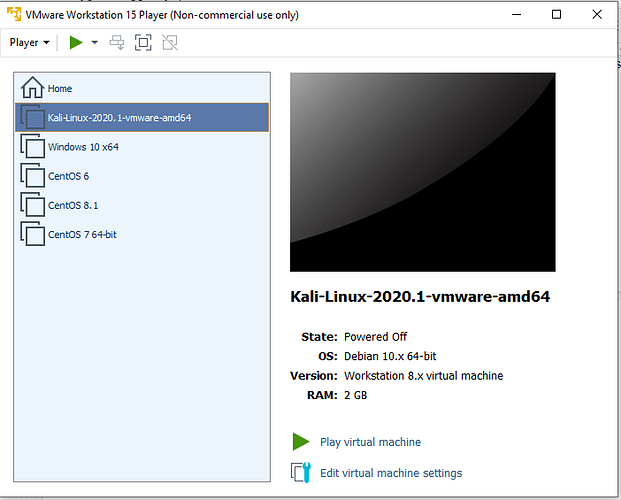 Now you are done, if you wish to edit the hardware just press the “Edit Virtual Machine Settings”.
Go ahead and start the VM and let it boot and when it’s done you should see a login screen that looks like this: 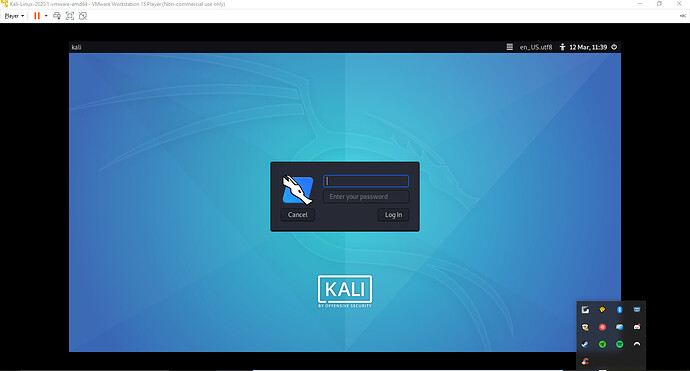