How To Enable NTFS Writing On Mac System Easily

Are you looking for a way to successfully read and write NTFS files on your newly-bought Apple M1 Mac?
Do you know how you can do the same without endangering your data from corruption or damage?
Have you tried using a third-party NTFS for Mac software to simultaneously read and write files on macOS?

In the last few years, Apple has gone really mainstream with its products. While the iPhone has ruled the aspirational smartphone market in different parts of the world, the MacBook and iMac ranges too have become increasingly important.

The MacBook Air, Pro, iMac, and Mac Mini are significant products in Apple’s portfolio and are slowly starting to compete in terms of sales volumes with HP, Dell, Acer, Lenovo, and others.

However, Apple’s native macOS has long been criticized for not-supporting NTFS writing function. While Apple says that the same is because of genuine reasons, users complain of restrictive ecosystems.

Apple enables you to read (open and view) data on NTFS, but you cannot modify, edit, rename, or make any other change to the data (write).

Why Apple does not support NTFS writing function?

I looked around and dug deeper in order to answer the question. Here are the three main reasons why Apple does not offer writing support on NTFS files.

No matter what Apple’s core reasons are, the bottom line is that this is a thorny issue for users who use NTFS-formatted external hard drives.

How can you Enable NTFS Writing on Mac?

If you are someone who is looking for an answer to the question- how to edit NTFS files on Mac, congratulations you have come to the right place.

While there are other ways of doing the same (changing code in Terminal on your Apple device or reformat the drive), the simplest of them all is using a third-party NTFS software. And iBoysoft NTFS for Mac is one of the best.

In recent years, the development team at iBoysoft NTFS for Mac has done some stellar work in creating its NTFS driver, which is-

In other words, with software like iBoysoft NTFS for Mac, you do not need to worry about shifting systems, using multiple operating systems, different devices, locations, etc.

How to use iBoysoft NTFS for Mac?

Some NTFS for Mac software on the market will be super complicated for normal users to use. However, it’s not the same for iBoysoft NTFS for Mac. Here’s a brief guide to use the software with ease.

Step 1: Download, install and launch iBoysoft NTFS for Mac on your Mac. 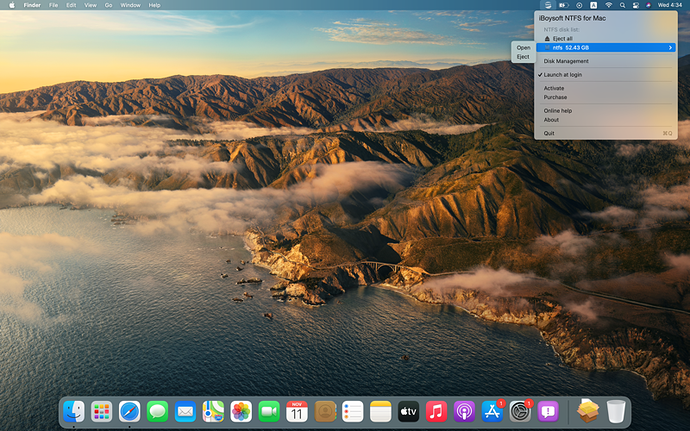 Step 2: After restarting the device, connect your NTFS drive to Mac.

Step 3: After mounting the NTFS drive, you can open it in the drop-down menu bar and then fulfill read-write performance on it as you’re using a native disk on macOS. 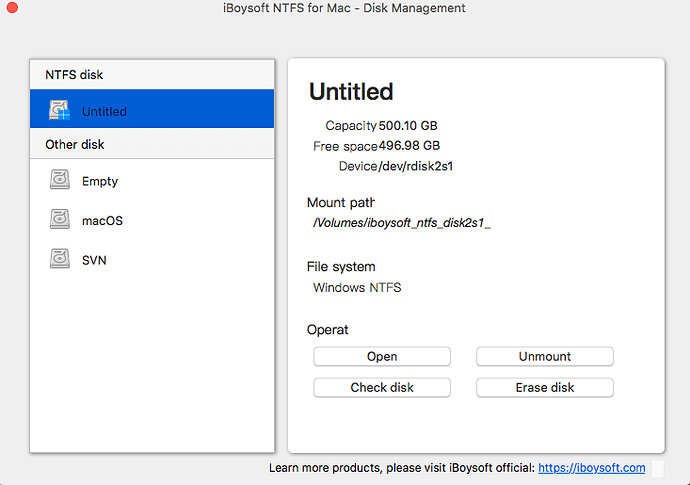 Why Apple has still not allowed convenience in the form of NTFS write functions still remains a mystery for us. While we keep speculating about the reasons, the solution to this issue is more important and urgent for normal users.

Till then, the best option users have when it comes to reading and writing NTFS files is to use a reputed, well-functioning, and trustworthy program like iBoysoft NTFS for Mac. (Source: viralhax)

mmm just take a peak at the reviews…only 1.6 of 5 men…claming they slow down every mac out there