How To Convert MBR To GPT (Or GPT To MBR) Without Formatting!

While installing windows you may have encountered an error where you have partition scheme that isn’t supported by the usb drive, well, i got this error too & i took me hours to sort out how to do it without formatting the whole hard drive & keeping the data but i have found a way atlast & converted my hard drive to MBR from GPT for the usb drive to work & after this i had to reinstall windows (but i was going to do it anyways) & in this post, i will show you how to convert hard drive from gpt to mbr or mbr to gpt without actually formatting it. 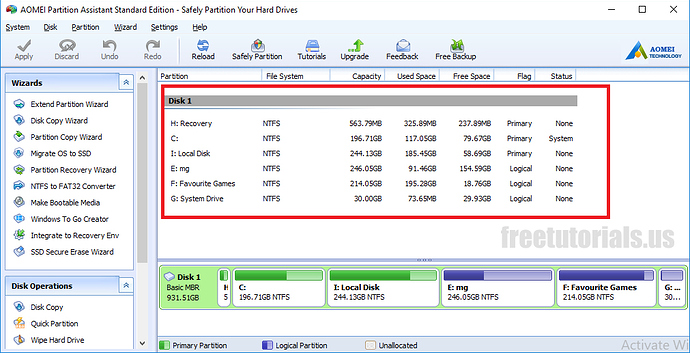 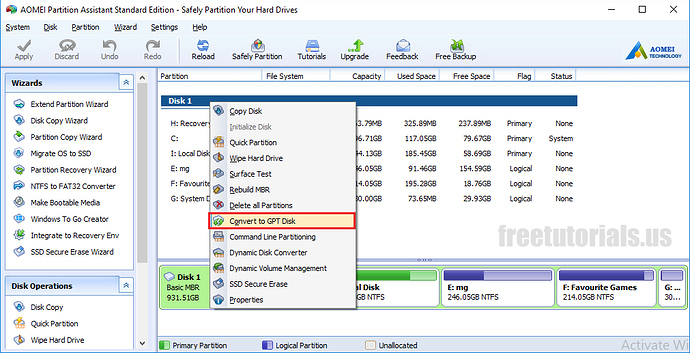 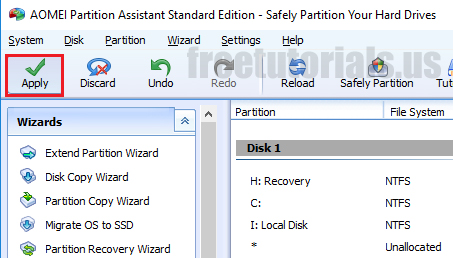 Warning Note: Make sure you have only 4 (or maybe 3) partitions at the time of conversion or it will not work. (you can merge two partitions to get it working)

Final Notes: Its recommended to have only 4 partition at the moment you want to convert the drive between MBR or GPT using this software, as listed on their website & free version of the software works well for conversion between MBR or GPT, however professional version got some additional features which you can buy from them to support if it helped you, as this is the only software that i have found to be free for this type of conversion & all other software charge before this usage.

Thanks Sam but I wanna ask you what is MBR & GPT partitions and Does this style of partition have advantages for my laptop’s performance ?

Making a question is considered a trouble! Anyways thanks for your feedback I do Google search and found the answer.

Nice man! Making a question is not trouble at all
The thing taking time of someone who is already working on something for you when you do have alternative way to help yourself is kinda not nice…

What Do GPT and MBR Do?

MBR (Master Boot Record) and GPT (GUID Partition Table) are two different ways of storing the partitioning information on a drive. This information includes where partitions start and begin, so your operating system knows which sectors belong to each partition and which partition is bootable. This is why you have to choose MBR or GPT before creating partitions on a drive.

MBR standards for Master Boot Record. It was introduced with IBM PC DOS 2.0 in 1983.

It’s called Master Boot Record because the MBR is a special boot sector located at the beginning of a drive. This sector contains a boot loader for the installed operating system and information about the drive’s logical partitions. The boot loader is a small bit of code that generally loads the larger boot loader from another partition on a drive. If you have Windows installed, the initial bits of the Windows boot loader reside here — that’s why you may have torepair your MBR if it’s overwritten and Windows won’t boot. If you have Linux installed, the GRUB boot loader will typically be located in the MBR.

MBR works with disks up to 2 TB in size, but it can’t handle disks with more than 2 TB of space. MBR also only supports up to four primary partitions — if you want more, you have to make one of your primary partitions an “extended partition” and create logical partitions inside it. This is a silly little hack and shouldn’t be necessary.

MBR became the industry standard everyone used for partitioning and booting from disks. Developers have been piling on hacks like extended partitions ever since.

GPT stands for GUID Partition Table. It’s a new standard that’s gradually replacing MBR. It’s associated with UEFI — UEFI replaces the clunky old BIOS with something more modern, and GPT replaces the clunky old MBR partitioning system with something more modern. It’s called GUID Partition Table because every partition on your drive has a “globally unique identifier,” or GUID — a random string so long that every GPT partition on earth likely has its own unique identifier.

This system doesn’t have MBR’s limits. Drives can be much, much larger and size limits will depend on the operating system and its file systems. GPT allows for a nearly unlimited amount of partitions, and the limit here will be your operating system — Windows allows up to 128 partitions on a GPT drive, and you don’t have to create an extended partition.

On an MBR disk, the partitioning and boot data is stored in one place. If this data is overwritten or corrupted, you’re in trouble. In contrast, GPT stores multiple copies of this data across the disk, so it’s much more robust and can recover if the data is correupted. GPT also stores cyclic redundancy check (CRC) values to check that its data is intact — if the data is corrupted, GPT can notice the problem and attempt to recover the damaged data from another location on the disk. MBR had no way of knowing if its data was corrupted — you’d only see there was a problem when the boot process failed or your drive’s partitions vanished.

I so much appreciate him for his working that he tries to provide great contents for FTUsers . The question I asked was urgent. So, when I did not receive a response for that I searched it in Google.

Nice man! We all appreciate him

Full answer Sam thanks in advance

But one more thing GPT will give you trouble time to time.
Better keep mbr

I tried to use GPt in my system machine,but the conversion from MBR to GPT didn’t work because my windows version is 32 bit which means GPT will only work in 64 bit. Therefore, I keep it as it and it works fine. It is good idea to know new info for future. Thanks for your response @ToughMeow

This can also be used to repartition our USB’s properly if your usb is showing incorrect sizes. …I had this problem.

Thanks man that helped me so much

Thank you so much @SaM.
a question if you wont mind, im encountering an error each time i boot up it displays error 2234 and keeps asking me to press F1 ive tried looking for a solution buit haven’t found. any help would be highly appreciated

Kindly examine what OS you’re using? and will you please tell me the proper Error Code? it looks like this: 0x800f081f