Most smartphones block incoming phone numbers to avoid receiving spam calls or other calls you don’t want. Another option available is to block your own Caller ID from displaying on the recipient’s device.

Sometimes the operating systems hide these features deep in the settings. Further, different carriers offer various options for blocking numbers, so this feature is not always dependent entirely on the OS.

You can block numbers from within the phone’s Recents section, within FaceTime or inside Messages. Blocking a number from one area blocks all three. From each area: 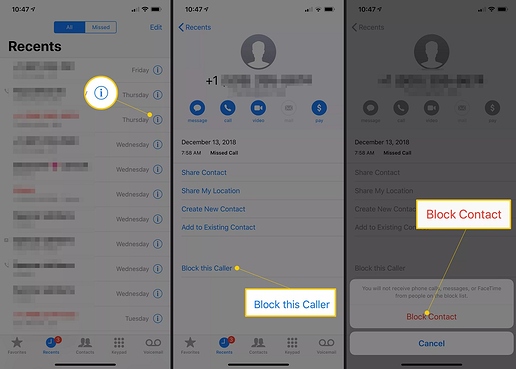 To view and manage blocked numbers:

You can also filter your iMessages from people who are not in your contacts list. After you have filtered at least one message, a new tab displays for Unknown Senders. You still get the messages, but they won’t be automatically displayed and you won’t receive any notifications. 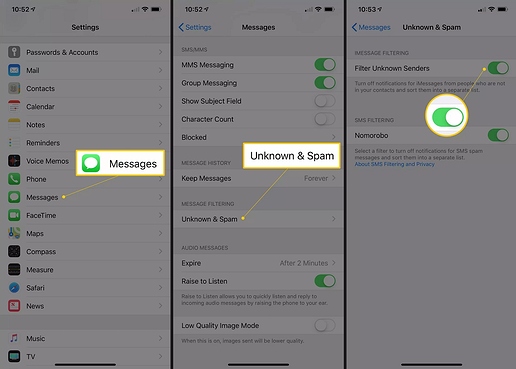 Because so many manufacturers produce phones (Samsung, Google, Huawei, Xiaomi, LG, etc.) that run the Android operating system, the procedure for blocking a number can vary widely. Further, versions of Android Marshmallow and older do not natively offer this feature. If you are running an older version like this, your carrier may support it, or you may be able to block a number using an app.

To see whether or not your carrier supports phone blocking: 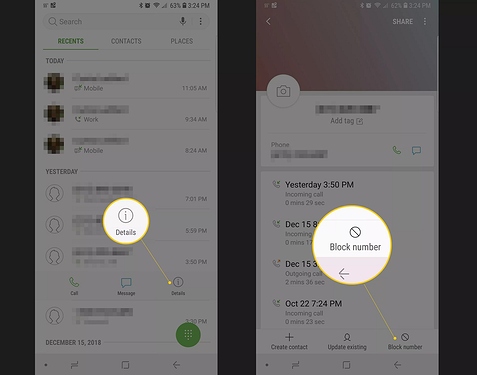 If you’re using a different Android phone, like a Pixel, you might do the following after you find the number you want to block in your Phone app: 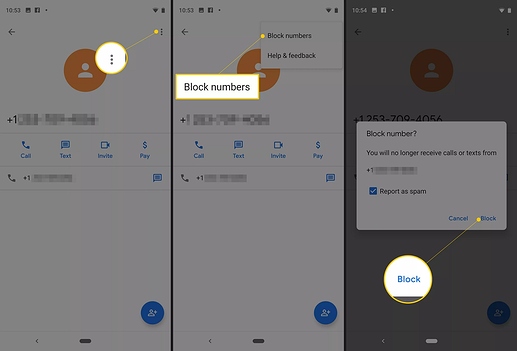 If you don’t have an option to block a call, you might be able to at least send a call to voicemail:

Depending on your carrier and Android version, you might have to install a separate app to handle call-blocking features. Open the Google Play Store and search for “call blocker.” Some well-regarded apps are Call Blocker Free, Mr. Number, and Safest Call Blocker. Some are free and display ads, while some offer a premium version without ads.

Blocking Your Own Number’s Caller ID

In addition to controlling incoming calls through call blocking, you can also control whether an outgoing call will display your Caller ID. This capability can be configured to operate as a permanent block or a temporary block on a call-by-call basis.

Just add the *67 prefix before the phone number on your cell phone. This code is the universal command to deactivate Caller ID.

For example, placing a blocked call would look like *67 555 555 5555. On the receiving end, Caller ID will usually display “private number” or “unknown.” Though you won’t hear or see a confirmation of a successful caller ID block, it will work.

Hide Your Number on an Android Device

Most Android phones provide a Caller ID blocking feature in the Phone settings, available either through the Phone app or Settings | App Info | Phone . Some Android versions older than Marshmallow include this feature under an Additional Settings option within your Phone settings.

Hide Your Number on an iPhone

In iOS, the call blocking feature is under the Phone settings:

I hope you enjoyed the tutorial, Hit Like & Feedback if possible!