How a Bad App Plunged Iowa Into Chaos 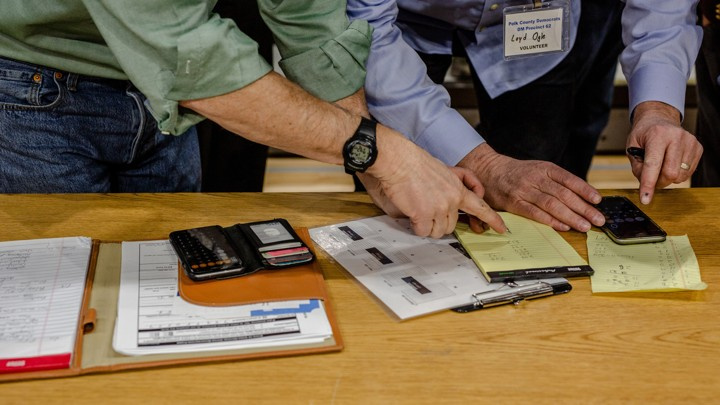 Zeynep Tufekci, writing for The Atlantic yesterday: The morning after caucus-goers filed into high-school gyms across Iowa, the state’s Democratic Party is still unable to produce results. The app it developed for precisely this purpose seems to have crashed. The party was questioned before by experts about the wisdom of using a secretive app that would be deployed at a crucial juncture, but the concerns were brushed away. Troy Price, the state party’s chairman, claimed that if anything went wrong with the app, staffers would be ready “with a backup and a backup to that backup and a backup to the backup to the backup.” And yet, more than 12 hours after the end of the caucus, they are unable to produce results. Last night, some precinct officials even waited on hold for an hour to report the results – and got hung up on. It appears that the Iowa Democrats nixed the plan to have precincts call in their results, and instead hired a for-profit tech firm, aptly named Shadow, to tally the caucus results. The party paid Shadow $60,000 to develop an app that would tally the results, but gave the company only two months to do it. Worried about Russian hacking, the party addressed security in all the wrong ways: It did not open up the app to outside testing or challenge by independent security experts.

This method is sometimes dubbed “security through obscurity,” and while there are instances for which it might be appropriate, it is a fragile method, especially unsuited to anything public on the internet that might invite an attack. For example, putting a spare key in a secret place in your backyard isn’t a terrible practice, because the odds are low that someone will be highly motivated to break into any given house and manage to look exactly in the right place (well, unless you put it under the mat). But when there are more significant incentives and the system is open to challenge by anyone in the world, as with anything on the internet, someone will likely find a way to get the keys, as the Motion Picture Association of America found out when its supposedly obscure digital keys, meant to prevent copyright infringement, quickly leaked. Shadow’s app was going to be used widely on caucus day, and independent security experts warned that this method wasn’t going to work. The company didn’t listen. If Shadow had opened up the app to experts, they likely would have found many bugs, and the app would have been much stronger as a result. But even that process would not have made the app secure.