By taking advantage of the available vulnerabilities, an attacker or hacker can exploit any smartphone running Android version 4.3 or older and install malicious applications remotely that can monitor all the activities of the user, steal sensitive information OR can give full control of the smartphone to the hacker .

The worst part is, these vulnerable Android users may never get any security updates or patches for these vulnerabilities as Google has openly refused to concede its position by saying, It will not release any patch for the vulnerability found in older versions of android. However, if any 3rd party develops a patch, Google will incorporate those patches into the Android open source project code. 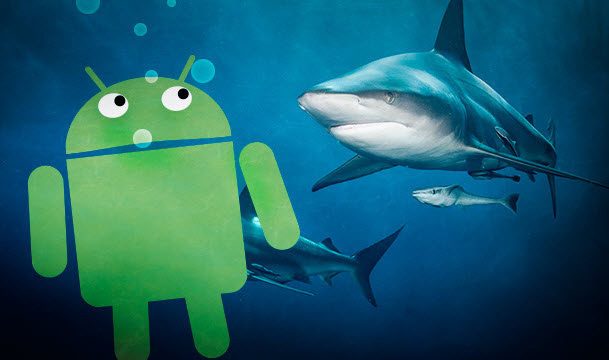 The two hot vulnerabilities that are making the rounds among Security researchers and Hackers are:

This Vulnerability is found in the Google Play Store website ( play.google.com ). The website lacks appropriate X-Frame-Options (XFO) headers. XFO headers are optional HTTP response headers which are designed to protect against clickjacking and other types of attacks by preventing the web page from being displayed by other websites in a frame. Google Play Store fails to enforce this XFO header on some error pages.

Please note that the hacker is exploiting Google Play’s remote installation feature, which allows any Google user to install any app listed on play.google.com to his Android device by just clicking the install button. In short, if you’re logged into Google and have an Android phone linked to your account, the app will auto-install and auto-accept the permissions within seconds and you’ll never know it.

This vulnerability is found in the WebView component of the stock Android web browser. WebView , a core component used to render web pages on an Android device uses a number of APIs which can interact with the web contents which allows the user to view a web app as a part of an ordinary Android application. Users can be infected when they click on a URL link using a vulnerable application that allows opening a Java enabled browser or web page.

In UXSS attacks, client-side vulnerabilities are exploited in a web browser to generate an XSS condition, which allows the malicious code to be executed, bypassing or disabling the security protection mechanisms in the web browser.

According to Tod Beardsley from Rapid7, who is also a technical lead for the Metasploit Framework, Combining these two vulnerabilities creates a way for hackers to install any arbitrary app from the Play store onto victims device even without the user’s consent.

First, It will try to exploit a ‘Universal Cross-Site Scripting’ (UXSS) vulnerability present in a stock web browser (the AOSP Browser). After that, the Google Play store’s web interface can be targeted for ‘script injection’ as Play store’s web interface fails to enforce an X-Frame-Options : DENY header (XFO) on some error pages. This leads to remote code execution through Google Play’s remote installation feature, as any app available on the Google Play store can be installed and launched on the user’s device without his/her consent.

How not to get hacked?

If you happen to be using the affected Android version, here are some mitigations for you:

@firon5 my smart tv runs on android 4.2.
what is your opinion on running such android custom roms on the smart tv?