If you know a place which is SSRF vulnerable then, this tool will help you to generate Gopher payload for exploiting SSRF (Server Side Request Forgery) and gaining RCE (Remote Code Execution). And also it will help you to get the Reverse shell on the victim server. And for more information you can get a blog on the same Blog on Gopherus

This tool can generate payload for following:

It only asks username of the MySQL user and it will provide you gopher link.

It only asks username of the Postgres user and database name then it will provide you gopher link.

It only asks for a file which must be present in the victim system(preferable .php file), BTW we have default one. 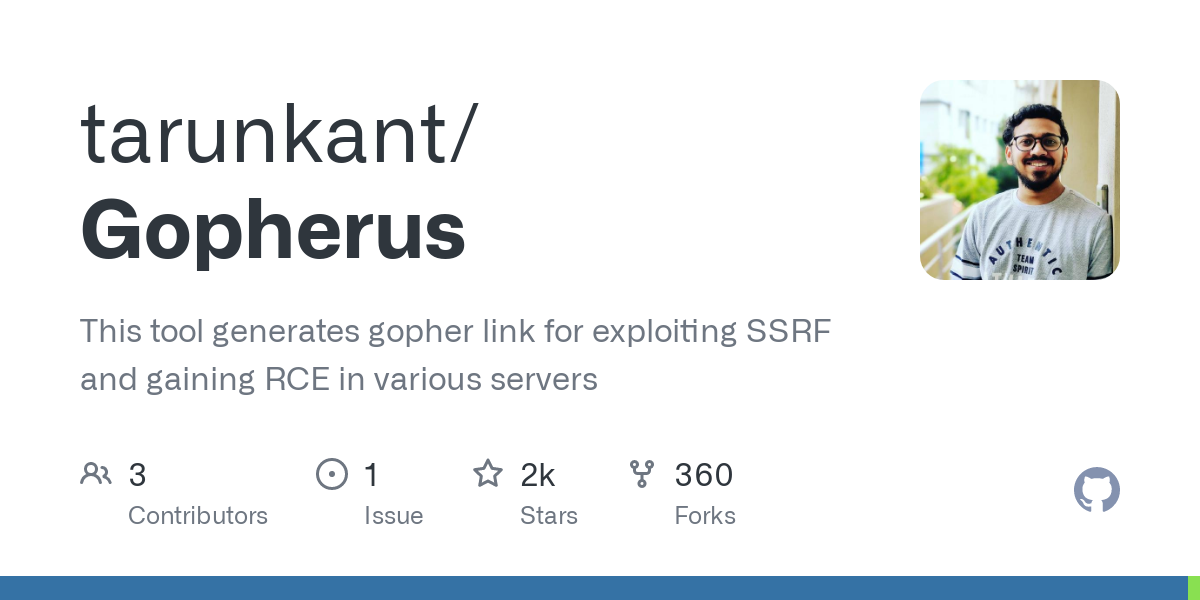