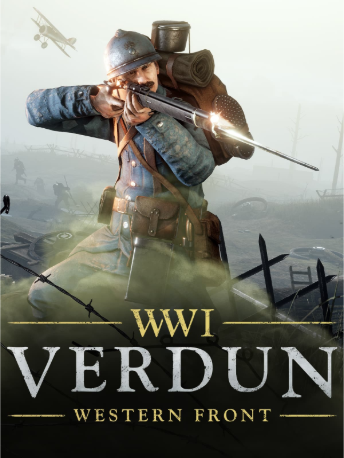 The game takes place on the Western Front between 1914 and 1918, in one of the bloodiest conflicts in world history - inspired by the infamous Battle of Verdun in 1916.

Verdun is the first multiplayer FPS set in a realistic World War One setting, and is the game which started the WW1 Game series. The vicious close quarters nature of trench warfare means that skill with a bayonet can be as vital as good aim with a rifle.