Pentest use: fileless-xec is used on target machine to stealthy execute a binary file located on attacker machine

The remote binary file is stored locally using memfd_create syscall, which store it within a memory disk which is not mapped into the file system (ie you can’t find it using ls).

Then we execute it using fexecve syscall (as it is currently not provided by syscall golang library we implem it).

With fexecve we could exec a program, but we reference the program to run using a file descriptor, instead of the full path.

Enable it with -Q/http3 flag.
You can setup a light web rootfs server supporting http3 by running go run ./test/http3/light-server.go -p LISTENING PORT (This is http3 equivalent of python3 -m http.server )
use test/http3/genkey.sh to generate cert and key.

QUIC UDP aka http3 is a new generation Internet protocol that speeds online web applications that are susceptible to delay, such as searching, video streaming etc., by reducing the round-trip time (RTT) needed to connect to a server.

Because QUIC uses proprietary encryption equivalent to TLS (this will change in the future with a standardized version), 3rd generation firewalls that provide application control and visibility encounter difficulties to control and monitor QUIC traffic.

If you actually use fileless-xec as a dropper (Only for testing purpose or with the authorization), you likely want to execute some type of malwares or other file that could be drop by packet analysis. Hence, with Quic enables you could bypass packet analysis and GET a malware.

Also, in case firewall is only used for allowing/blocking traffic it could happen that firewall rules forget the udp protocol making your requests go under the radars

other skill for stealthiness

Although not present on the memory disk, the running program can still be detected using ps command for example.

You could still be detected with: 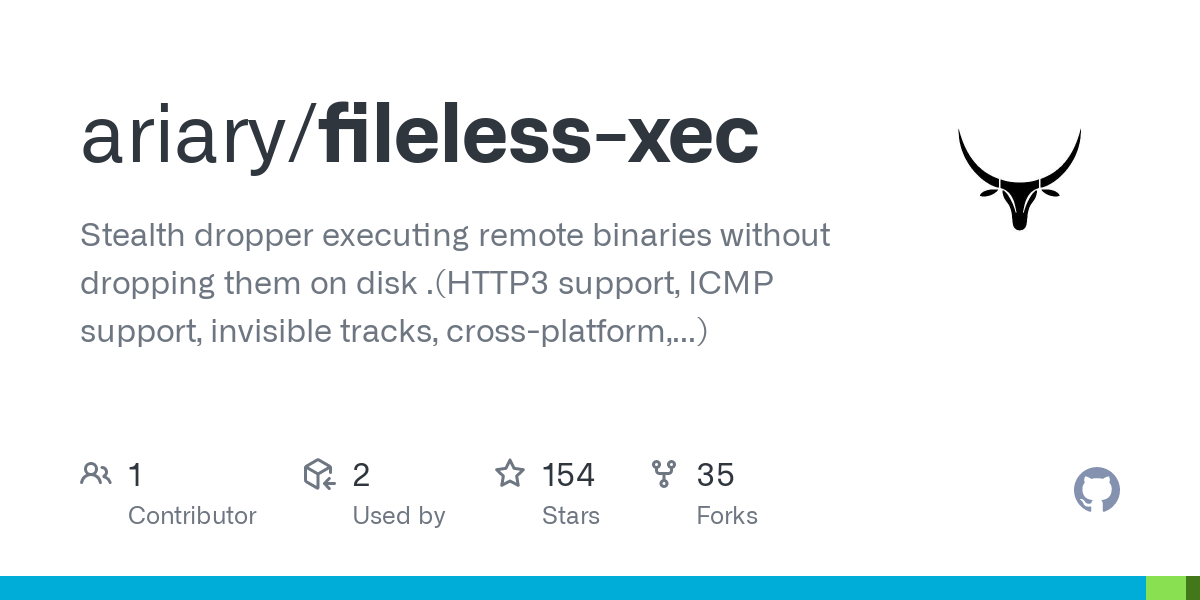