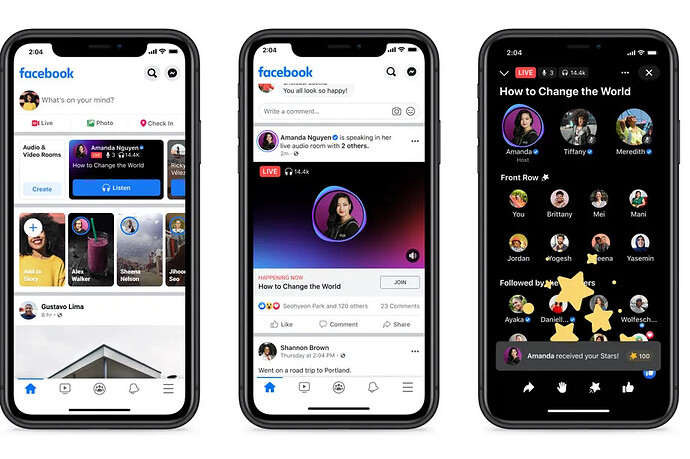 The company announced today that some US-based public figures, as well as certain groups, can start hosting rooms through the main Facebook iOS app. (People can join, however, from both iOS and Android.) Anyone can be invited up as a speaker with up to 50 people able to speak at once. There’s no cap on the number of listeners allowed in – a major shot at Clubhouse, which imposes room size limitations. It’s also introducing other nifty features, like notifications when your friends or followers join a room, as well as live captions. There will be a “raise a hand” button to request to join the conversation, and reactions will be available to to interact throughout the chat. Twitter Spaces, Twitter’s live audio feature, includes captions, but Clubhouse still does not.

Within groups, admins can control who’s allowed to create a room: moderators, group members, or other admins. Public group chats will be accessible both in and outside the group, but private group chats will be restricted to members. Additionally, hosts can also select a nonprofit or fundraiser to support during their conversation with a button to directly donate showing up on the chat. Again, this feels like a feature directly built to address a key Clubhouse use case and make it frictionless. (Many Clubhouse creators have hosted fundraisers on the app but have to direct people to outside links in order to facilitate donations.)