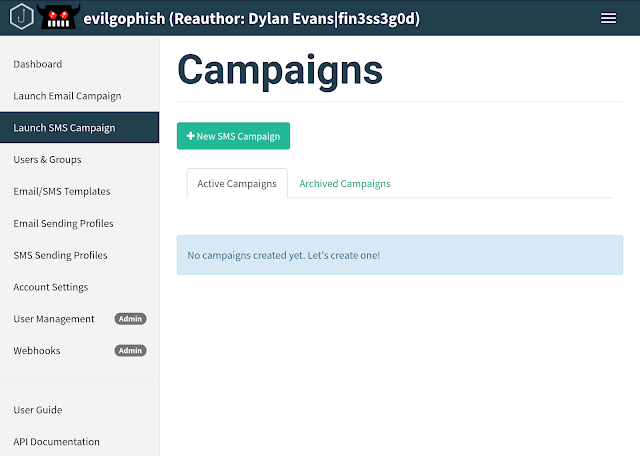 Before I begin, I would like to say that I am in no way bashing Kuba Gretzky and his work. I thank him personally for releasing evilginx2 to the public. In fact, without his work this work would not exist. I must also thank Jordan Wright for developing/maintaining the incredible GoPhish toolkit.

You should have a fundamental understanding of how to use GoPhish, evilginx2, and Apache2.

I shall not be responsible or liable for any misuse or illegitimate use of this software. This software is only to be used in authorized penetration testing or red team engagements where the operator(s) has(ve) been given explicit written permission to carry out social engineering.

As a penetration tester or red teamer, you may have heard of evilginx2 as a proxy man-in-the-middle framework capable of bypassing two-factor/multi-factor authentication. This is enticing to us to say the least, but when trying to use it for social engineering engagements, there are some issues off the bat. I will highlight the two main problems that have been addressed with this project, although some other bugs have been fixed in this version which I will highlight later.

In this setup, GoPhish is used to send emails and provide a dashboard for evilginx2 campaign statistics, but it is not used for any landing pages. Your phishing links sent from GoPhish will point to an evilginx2 lure path and evilginx2 will be used for landing pages. This provides the ability to still bypass 2FA/MFA with evilginx2, without losing those precious stats. Apache2 is simply used as a proxy to the local evilginx2 server and an additional hardening layer for your phishing infrastructure. Realtime campaign event notifications have been provided with a local websocket/http server I have developed and full usable JSON strings containing tokens/cookies from evilginx2 are displayed directly in the GoPhish GUI (and feed): setup.sh has been provided to automate the needed configurations for you. Once this script is run and you’ve fed it the right values, you should be ready to get started. Below is the setup help (note that certificate setup is based on letsencrypt filenames):

In case you ran setup.sh once and already replaced the default RId value throughout the project, replace_rid.sh was created to replace the RId value again.

Once setup.sh is run, the next steps are:

An entire reworking of GoPhish was performed in order to provide SMS campaign support with Twilio. Your new evilgophish dashboard will look like below: Once you have run setup.sh, the next steps are: Realtime campaign event notifications are handled by a local websocket/http server and live feed app. To get setup: I feel like the world has been lacking some good phishlet examples lately. It would be great if this repository could be a central repository for the latest phishlets. Send me your phishlets at [email protected] for a chance to end up in evilginx2/phishlets. If you provide quality work, I will create a Phishlets Hall of Fame and you will be added to it.

A Note About Campaign Testing And Tracking

It is not uncommon to test the tracking for a campaign before it is launched and I encourage you to do so, I will just leave you with a warning. evilginx2 will create a cookie and establish a session for each new victim’s browser. If you continue to test multiple campaigns and multiple phishing links within the same browser, you will confuse the tracking process since the RId value is parsed out of requests and set at the start of a new session. If you are doing this, you are not truly simulating a victim as a victim would never have access to another phishing link besides their own and goes without saying that this will never happen during a live campaign. This is to fair warn you not to open an issue for this as you are not using the tool the way it was intended to be used. If you would like to simulate a new victim, you can test the tracking process by using a new browser/tab in incognito mode.

A Note About The Blacklist and Tracking

The Apache blacklist is now optional. If you decide to use it, it may cause some clients to get blocked and disrupt the tracking process. The reason being is organizations may request links through a proxy falling in blocked ranges. It is up to you to perform test campaigns and verify if any blocking will disrupt your campaign tracking. A blocked client will receive a 403 Forbidden error. /var/log/apache2/access_evilginx2.log* can be viewed for remote IP addresses accessing the phishing server. You can remove entries in the /etc/apache2/blacklist.conf file that are causing a tracking issue and restart Apache. Or you can remove the Location block in the /etc/apache2/sites-enabled/000-default.conf file and restart Apache to remove IP blacklisting altogether. Users have also reported issues with setting evilginx2’s built-in blacklist feature to unauth.

See the CHANGELOG.md file for changes made since the initial release.

I am mostly looking for legitimate bugs in code or enhancement opportunities and not to be a personal help desk support for struggles during your setup. You should understand the prerequisites of setting up a social engineering campaign including how Apache, DNS, SSL certificates, evilginx2, gophish, and proxies work to use and setup this tool. With that being said, issues falling into these categories will be closed. I am taking the same stance as Kuba Gretzky and will not help creating phishlets. There are plenty of examples of working phishlets and for you to create your own, if you open an issue for a phishlet it will be closed. However, I will maintain certain phishlets at will (see A Word About Phishlets). I will state for the record that tracking for this project works as advertised and if it does not, it is a result of a misconfiguration during setup.sh or you are confusing the tool by visiting multiple RIds within the same browser session. Do not open an issue for this or it will be closed (see A Note About Campaign Testing And Tracking). If you open an issue, please provide as much detailed information as possible about the issue including output pertaining to the issue. Issues with lack of detail or output will be closed. 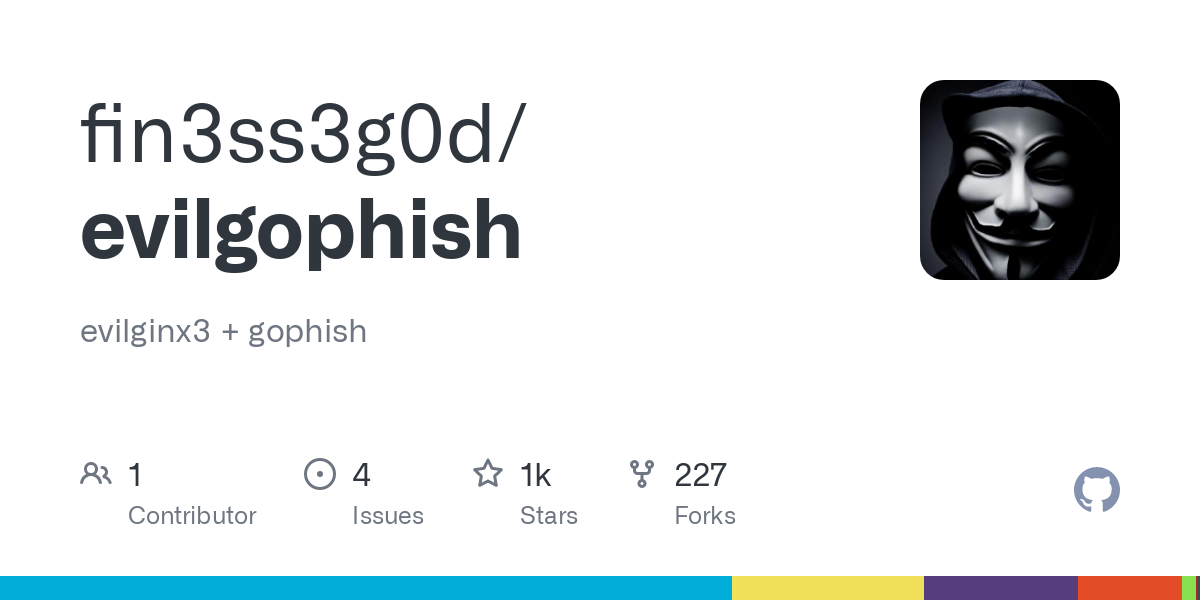