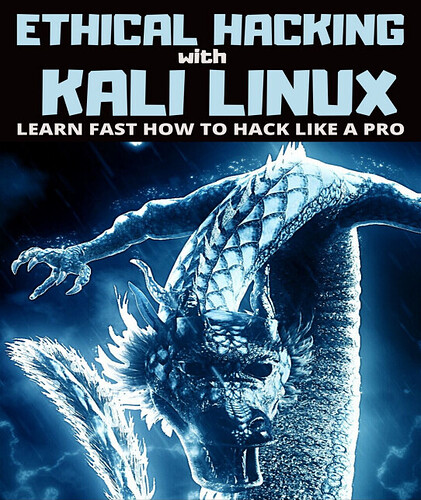 First, we’re going to start with the Introduction to Linux, you that you have a general idea what it this Operating System is about. Next, we are going to look at same Software & Hardware Recommendations for Ethical Hackers, and jump right into the installation of Vitrual Box & Kali Linux. This book is
mainly about Kali Linux tools and how to deploy them, yet first we have to look at understanding penetration testing, and how it works with reconnaissance and footprinting. We will look at each and every step you should take as a penetration tester which include Stage 1, Stage 2 and Stage 3. This is important so you understand how to take on a job as an ethical hacker. For example what kind of questions you should ask when getting hired by a client. So in this section, we are going to include the what, the when, the how but all legal requirements as well so you can cover your back.