Eric S. Raymond: Is Microsoft Switching To a Linux Kernel That Emulates Windows? 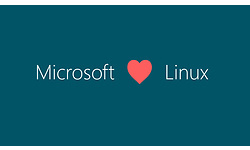 Most of Microsoft’s money now comes from its cloud service Azure, points out open-source advocate Eric S. Raymond. Now he posits a future where Windows development will “inevitably” become a drag on Microsoft’s business:

So, you’re a Microsoft corporate strategist. What’s the profit-maximizing path forward given all these factors? It’s this: Microsoft Windows becomes a Proton-like emulation layer over a Linux kernel, with the layer getting thinner over time as more of the support lands in the mainline kernel sources. The economic motive is that Microsoft sheds an ever-larger fraction of its development costs as less and less has to be done in-house. If you think this is fantasy, think again. The best evidence that it’s already the plan is that Microsoft has already ported Edge to run under Linux. There is only one way that makes any sense, and that is as a trial run for freeing the rest of the Windows utility suite from depending on any emulation layer.

So, the end state this all points at is: New Windows is mostly a Linux kernel, there’s an old-Windows emulation over it, but Edge and the rest of the Windows user-land utilities don’t use the emulation. The emulation layer is there for games and other legacy third-party software. Economic pressure will be on Microsoft to deprecate the emulation layer… Every increment of Windows/Linux convergence helps with that — reduces administration and the expected volume of support traffic.

Eventually, Microsoft announces upcoming end-of-life on the Windows emulation. The OS itself , and its userland tools, has for some time already been Linux underneath a carefully preserved old-Windows UI. Third-party software providers stop shipping Windows binaries in favor of ELF binaries with a pure Linux API…

…and Linux finally wins the desktop wars, not by displacing Windows but by co-opting it. Perhaps this is always how it had to be.

Microsoft: “Why build something that already free to use. Let’s change to Linux kernel.”