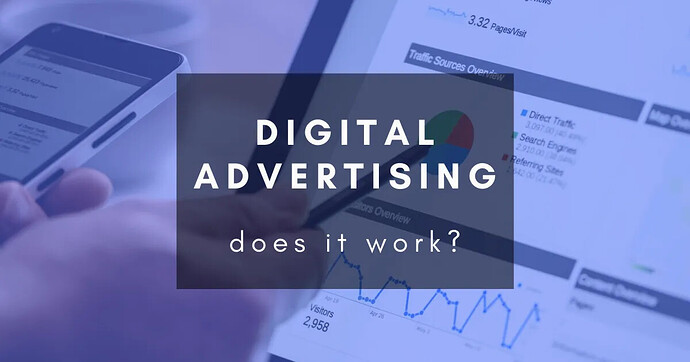 Economist Steve Tadelis [a professor at U.C. Berkeley’s business school] was interested in answering that question while working for eBay. So, when eBay, in planning to renegotiate their deal with Bing, turned off their brand-keyword advertising, it created a natural experiment.

TADELIS: "We could measure visits and we could measure purchases and we could see whether there was any drop in clicks and purchases. And — not surprisingly — all the search that was taken away from the ads just ended up coming for free through the organic search. Because right below the ad was the free link to eBay. Once we had those results, I went to the chief financial officer of eBay North America and showed him the analysis, to which he responded, “Okay, you guys were right.”

There’s a little more to it than that…TADELIS: One of the lessons we learned from the experiments at eBay was that people who never shopped on eBay, they were very much influenced by having eBay ads for non-brand keywords. You know, "guitar, “chair,” “studio microphone.” And if eBay would be able to better target ads to customers that are not frequent customers, that’s where you would get the real bang for the buck.

But the podcast ultimately raises the question whether the $123 billion-a-year digital advertising business has been misguided by bad information. The professor/economist cites the time one of eBay’s advertising consultants tried to out-jargon him (after he’d dialed into a call from a landline) by tossing out the phrase "Lagrange multipliers."So, I replied by saying, “Well, we all know that the Lagrange multipliers measure the shadow values of constraints in an optimization problem. So, it would really help me if you explain to me, what is your objective function and what are your constraints?” After a short pause, and this is where I have to take my hat off to the founder of that consulting company, he immediately responded with the only and best answer he could give, which was, “Steve, are you driving now? Because I can’t hear you. You’re breaking up.”