Did 'The SImpsons' Accurately Portray STEM Education and the Gig Economy? 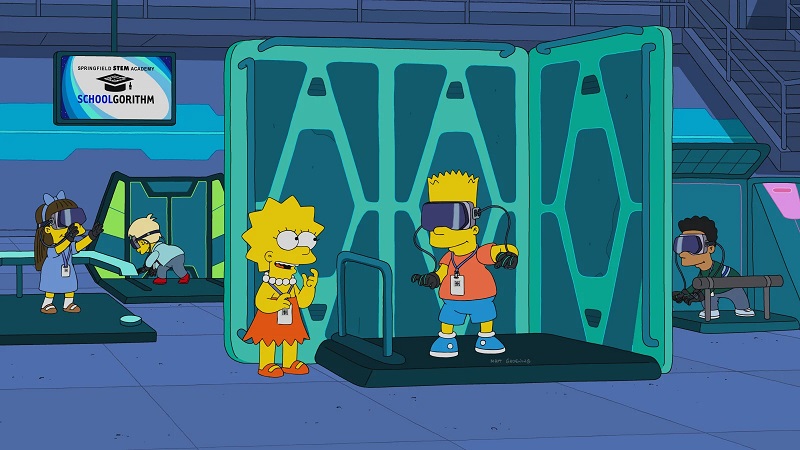 Long-time Slashdot reader theodp writes: On Sunday, The Simpsons aired The Miseducation Of Lisa Simpson, an episode in which Marge — with the help of a song from John Legend (“STEM, it’s not just for dorks, dweebs and nerds / It’ll turn all your dumb kids to Zuckerbergs”) — convinces Springfield to use a windfall the town reaped by seizing shipwreck treasure to build the Springfield STEM Academy to “prepare kids for the jobs of tomorrow.”

All goes well initially — both Lisa and Bart love their new school — until Lisa realizes there’s a two-tiered curriculum. While children classified as “divergent pathway assimilators” (i.e., gifted) like Lisa study neural networks and C+++ upstairs, kids like Bart are relegated to the basement where they’re prepared via VR and gamified learning for a life of menial, gig economy side-hustles — charging e-scooters, shopping for rich people’s produce, driving ride-share.
The school’s administrator was even played by Silicon Valley actor Zach Woods, who delivered one of the episode’s harshest lines, notes The A.V. Club .

“Staging a Norma Rae-style revolt at how the ‘non-gifted’ students are being trained to do everyone else’s dirty work, Lisa’s brought up short with a startled ‘Eep’ by Woods’ administrator asking, ‘Isn’t that the point of a gifted class?’”