Ethos Capital, the company controversially buying the .org top-level domain, says it will sign legally binding agreements banning steep fee increases for nonprofit domain holders and establishing an independent “stewardship council” that could veto attempts at censorship or inappropriate data use. “The rules would kick in if Ethos successfully acquires Public Interest Registry (PIR), a nonprofit organization that manages .org,” reports The Verge. From the report: 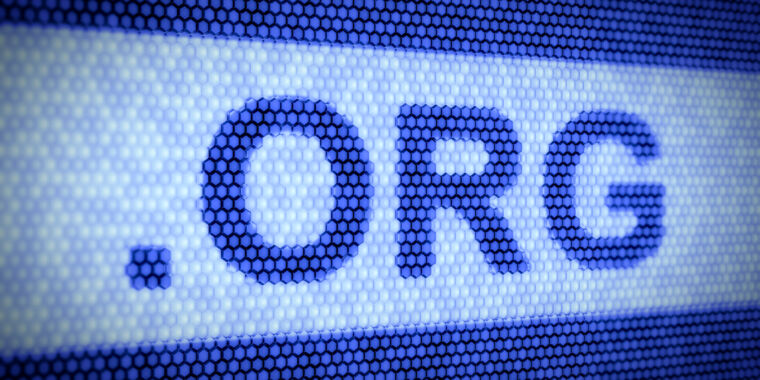 ICANN, which oversees the internet’s top-level domains, is currently scrutinizing the acquisition. President and CEO Goran Marby previously expressed discomfort with the deal, and PIR announced today that it’s extending the review period until March 20th. ICANN hasn’t yet taken a position on the latest proposal. “We are in the process [of] analyzing the information we have received and therefore have no comment beyond the fact that we welcome Ethos’ efforts to engage with the Internet Society community and .org customers, and look forward to the outcome of those discussions,” said Marby in a statement to The Verge.

PIR said it would “continue to work collaboratively” to address any outstanding issues with ICANN. In addition to the details above, Ethos and PIR committed to creating a “Community Enablement Fund” to support .org initiatives, and PIR promised to publish an annual transparency report. The price restrictions, meanwhile, would forbid Ethos from raising domain registration and renewal fees by more than 10 percent per year (on average) for the next eight years.