Google has implemented a browser capability in Chrome called ScrollToTextFragment that enables deep links to web documents, but it has done so despite unresolved privacy concerns and lack of support from other browser makers. From a report: 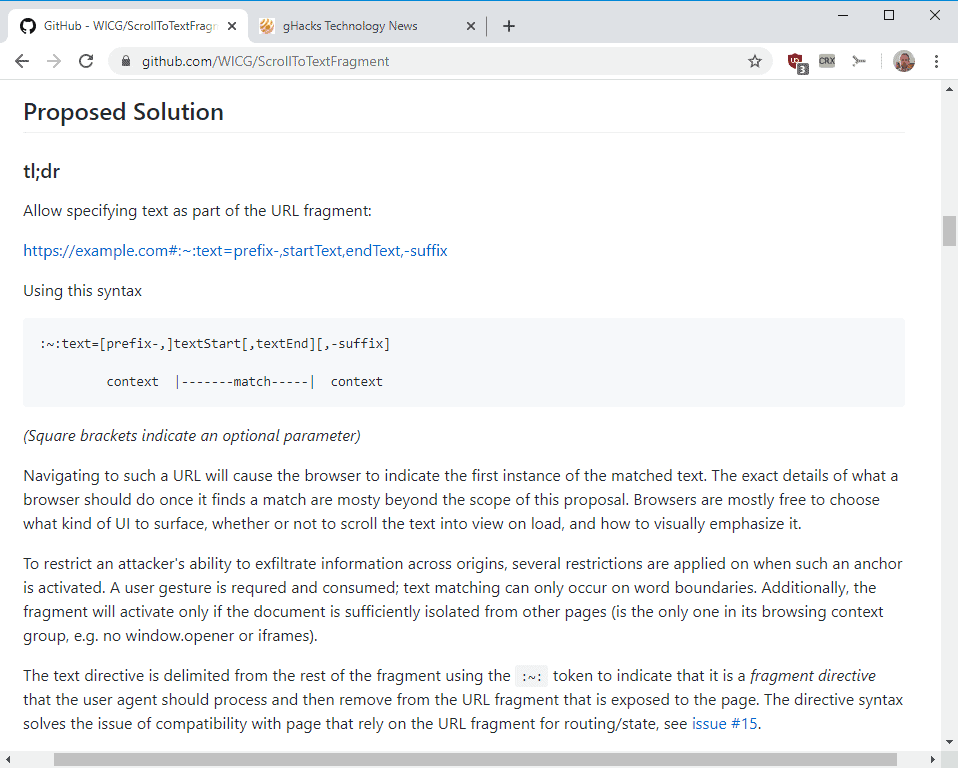 Via Twitter on Tuesday, Peter Snyder, privacy researcher at privacy-focused browser maker Brave Software, observed that ScrollToTextFragment shipped earlier this month in Chrome 80 unflagged, meaning it’s active, despite privacy issues that have been raised. “Imposing privacy and security leaks to existing sites (many of which will never be updated) REALLY should be a ‘don’t break the web,’ never-cross redline,” he wrote. “This spec does that.” The debate over the feature percolated last year on mailing lists and in GitHub issues posts and picked up in October when the team working on Chrome’s Blink engine declared their intent to implement the specification. The feature rollout serves to illustrate that the consensus-based web standards process doesn’t do much to constrain the technology Google deploys.