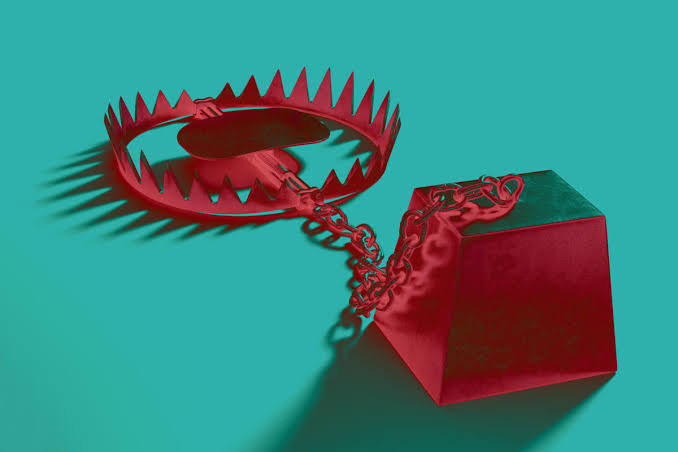 The number of security breaches and cybercrimes is increasing rapidly. With more and more approaches being transferred online, hackers have found their way of hacking into a system and corrupting the information or stealing data to turn it into profits. As the technology keeps on changing, the hacking attempts are also becoming smart and upgraded to ensure hackers are never caught in action.

58% of Victims Are Small Businesses

As a data breach report by Verizon concludes, in 2018, 58% of the total victims of data breach were small businesses. The data collected through small businesses are of the largest amount and put into malicious use. Also, the numbers suggest that 24% of total attacks affect the healthcare organization which is highest in number. Also, according to the report, 48% of these attacks were executed through hacking tactics and 30% included malware for conducting the crime. (source)

Therefore, protecting an organization from potential threats and breaches has become essential. And honeypot is the technique used by many IT professionals and security researchers alike to save themselves and catch hackers red-handed. 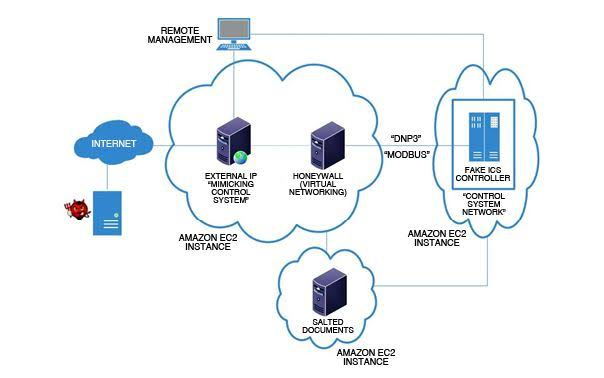 Using a honeypot is dangerous. Yes, luring a hacker into your system is a high-risk game but if done right, it can produce results by catching your hacker. Honeypot is one of the oldest tricks used for luring out a hacker in the system where he/she interacts with the trap and one can gain important information about him/her. It is the bait for the fish you are going to catch, except the fish is smarter.

As Norton defines it,

" A honeypot is a computer in a system that is set with vulnerabilities and is posed as the target for cyberattacks."

The possible traffic to this system would be of no important use to the organization and if anyone stops by it and tries to interact and gain information, it is confirmed of the malicious purpose.

Different types of honeypots can be used for luring hackers into the system. However, depending on the purpose, they can be chosen and put into effect.

A server is configured and managed within the system that can lure more attackers because of the security vulnerabilities. Monitoring software is installed to control and monitor the access of the server but it can be dangerous to use pure honeypot in the real system as hackers can turn tables over and instead, use the server as the entry gate to the entire system.

It is a virtual machine that runs only limited sets of services to lure in a specific type of attacker and is limited for a specific purpose only. It requires fewer resources and is easier to build compared to others. While low-interaction honeypots are more used by security researchers to analyze the security attacks and the constraints, the vulnerability of getting hacked over the trap is higher compared to a high-interaction honeypot.

The virtual machine or the potential system is kept in isolation to save the entire system by getting hacked and a single device can be used to run multiple virtual machines to mimic lots of interactions and traffic coming in to lure hackers into the trap. For constructing a more promising trap, honeynets are also used to trap in many attackers.

Honeynet differs from honeypot because of the size constraint. While honeypot can be referred to as a single system in the entire network, a honeynet is a group of such computer systems that togetherly creates a trap for hackers. It is more powerful for catching the hackers as the chances for the possible information loss are lessened because the entire system is put together to track down hackers.

However, it demands more resources for each system in the network and hence turns out to be expensive when compared to the honeypot. And corporates are more inclined towards the use of honeypot instead of honeynets.

How Present is the Concept of Honeypots? 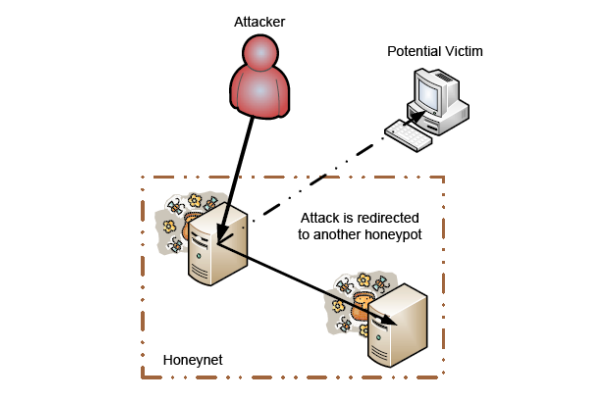 Honeypot is one of the oldest tricks that is used to lure in all possible hackers. In spite of being used for years, it still begs a place in trending Information security tools of 2019. However, limited resources and system vulnerabilities of today stops many corporates from using honeypot in their system, but security researchers still use honeypots in isolated labs to protect their entire network from attacks while also researching on possible threats. 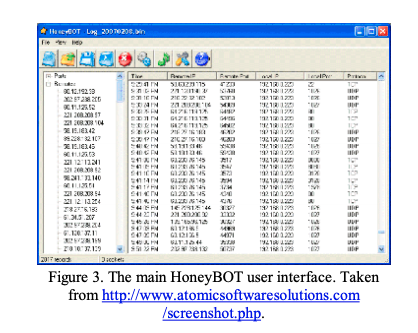 Enterprises and corporates tend to set up honeypot in their system using the software that is available in the market to catch the hackers in action. The software implement concepts of honeypot practically and are categorized according to technical support they gain.

Secure Shell (SSH) honeypots allow hackers to conduct brute-force attacks on the system while it saves the log of every attempt they make and collects every piece of information.

Allowing to forward SMTP requests to SMTP (Simple Mail Transfer Protocol) honeypots directly, Cowrie also facilitates the management of a fake file system where one can add or remove files. Also, it saves all files in a separate and secure folder for future use and works by emulating a shell.

It stores the complete shell history of the attacker during brute-force attacks and makes entry to logs. Kippo is written using Python and offers the ability to mimic the file system and dummy content to attackers. 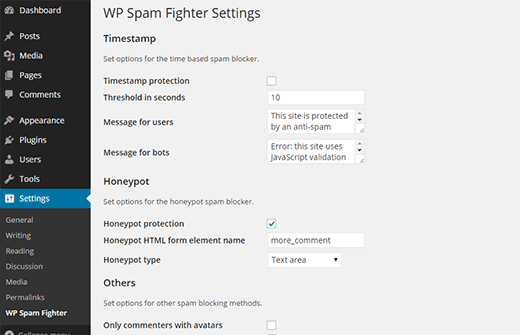 Developed using Python, this tool lets the owner know which themes, plugins or other entities of the website erupt malicious signals to save the website from potential hacking. Also, it can be run easily from the command line while also enables one to download and install custom plugins to enhance the security of the WordPress website.

The most popular tool used for detecting and avoiding the bot attacks, Formidable honeypot guarantees to deliver great results and in a non-intrusive way to avoid spam. The plugin is required to be activated only and no configuration requirements are placed in its free or pro version that will be added to every form used in WordPress. 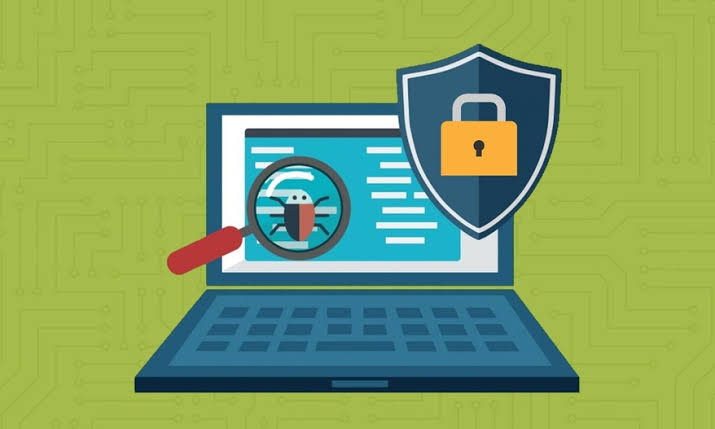 Web-applications are one of the epicenters of hacking attempts as the report by Verizon states out of 30,362 attacks, 21,409 attacks were of DoS (Denial of Service) to hack the server and perform data breach. Therefore, protection from possible attempts is necessary and HTTP honeypot tools are here to save the day.

The tool is used to lure hackers into websites that aren’t real and ultimately redirect the hackers far away from the real one. This tool efficiently mimics the login page, content pages, and materials of the real website to keep hacking attempts at bay. 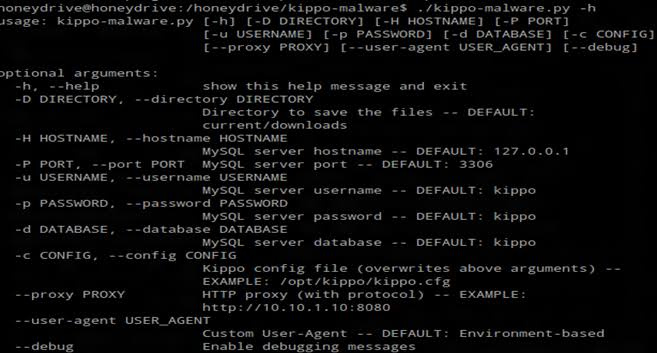 Catching the hackers directly attempting to disrupt the database is necessary as it is the primary entity of the entire system.

It is a low-interaction honeypot tool written in the C programming language. The tool efficiently helps in mimicking the actual system and luring hackers using the virtual machine running in the system.

Once the tool gets implemented on a server, it efficiently logs the data of malicious traffic coming on the system and saves it on a third party MongoDB server to help in tracking the sources which can be used in any virtual environment.

There are many honeypots available in the market that can be efficiently implemented. Here is a collection of honeypots that are put to use by most organizations worldwide and provide assured results.

Designing & Installing Honeypots: Do Not Forget Security and Safety Concerns

Honeypots tend to attract more attacks on the system. Therefore, it is necessary to implement all the possible safety and security constraints in use while attempting to set honeypots in your system. As a honeypot set by you can open the gates for hackers to enter into the system and the tables might turn, it is important to keep the security constraints checked before attempting to implement honeypot in the system.

The honeypots you install in the system must be as much vulnerable as they can be made- weak passwords, possible vulnerable ports must be highlighted specifically to induce your hackers to try out hacking the honeypot rather than the productive system. It is the tendency that they will go for the less secure environment first and your honeypot must act like one while storing their information and recording the possible activities and methods they use for hacking.

Using the stored data, your security team can learn the hacking patterns and possible attempts to implement security constraints accordingly to protect the entire productive system from such attacks. However, monitoring the honeypot continuously becomes essential to ensure the hacker does not get to enter into the actual system and is stopped from attempting such attacks.

Is the Concept Applicable for Mobile Applications Also? 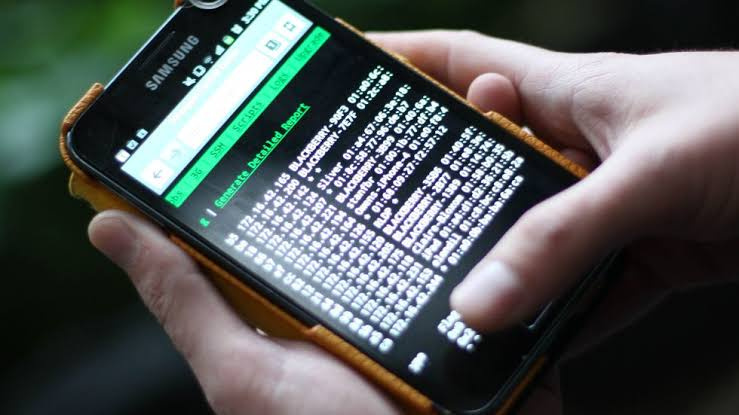 The use of mobile apps is increasing worldwide. According to reports, 90% of the total mobile time is spent on apps. And these applications also monitor and store the user data for business purposes which ultimately makes the user device one of the goldmines of data.

And the increasing security risks have not left mobile apps aside and the cyber-crimes and hacking attempts are now as applicable on mobile apps and devices as any other. Applications phishing on devices, illegally collecting data, directing to malicious links and more are common types of hacking attempts through mobile apps.

As honeypot takes care of the entire network and all the devices connected to it, a simple honeypot implemented in the network provides alerts of the possible frauds and attacks that can be executed over mobile devices also.

Therefore, honeypots do hold their significance for mobile app solutions as they can help in understanding the possible attacks and tactics used for attacks and alert the user in advance to reduce the possibilities for successful hacking attempts.

Honeypots: An Ever Refreshing Technique to Monitor and Handle Security Attacks

In spite of the concept of honeypots being invented years before, the significance and application of it remain the same as ever. With updates in technology, hackers also refresh their tactics and attack strategies but honeypots always succeed in finding out the patterns used and the tendency of a particular hacker.

Therefore, with each passing year, honeypots are also evolving to suit the needs of enterprises and fit into their budgets to enable enhanced security for every business. Implementing honeypots is risky but the chances of success are higher as you get to monitor your hackers and their activities to save the business from possible security vulnerabilities.

The limitation of budget binds many businesses as the honeypot system needs to be set up to mimic the exact productive system and it requires lots of resources to be put at use. However, keeping all the security criteria and budget limitations in mind, a single honeypot can be created to efficiently catch and monitor the hacking activities.

Hi @SaM
This is very good
Thank you for sharing with us.
Regards