Can You Recycle a Hard Drive? Google is Quietly Trying To Find Out 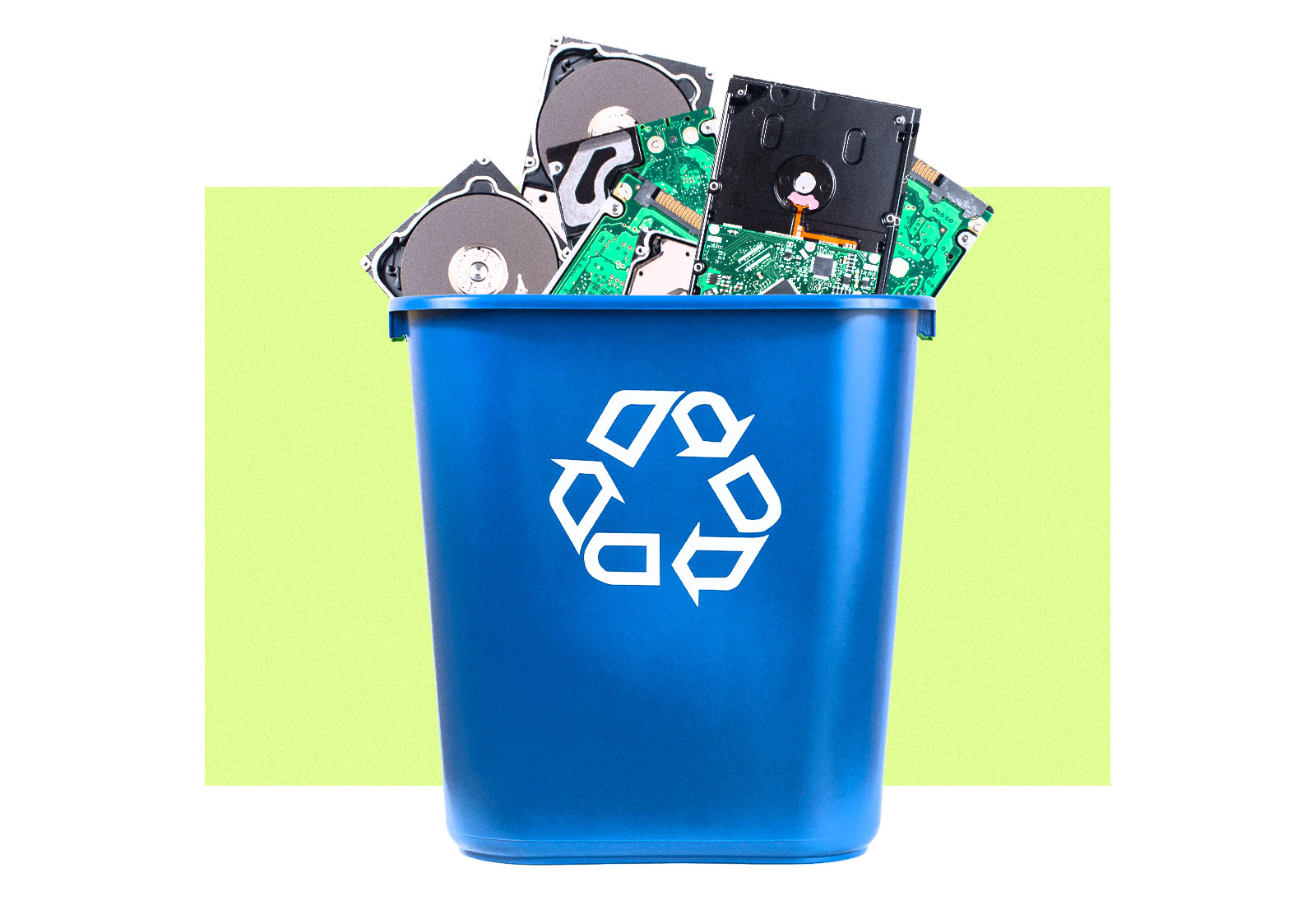 Rare earth magnet recycling is about so much more than sustainable data centers. From a report:

The U.S. alone generates nearly 17 percent of all used hard disk drives – the largest share globally – and researchers have estimated that if all of these data storage devices were recycled, they could supply more than 5 percent of all rare earth magnet demand outside of China, potentially helping meet the demand of the information technology sector as well as clean energy companies. A consortium of U.S. researchers, tech companies, hardware manufacturers, and electronic waste recyclers has recently begun exploring exactly how those rare earths can be re-harvested and given a second life.

In 2019, these stakeholders published a report identifying a host of potential strategies, including wiping and re-using entire hard disk drives, removing and reusing the magnet assemblies, grinding up old hard drive magnets and using the powder to manufacture new ones, and extracting purified rare earth elements from shredded drives. Each of these strategies has its own challenges – removing magnet assemblies by hand is labor intensive; extracting rare earths from technology can be chemical or energy intensive and produce significant waste – and for any of them to be scaled up, there needs to be buy-in from numerous actors across global supply chains.

Making even the relatively minor supply chain adjustments needed to place used or recycled rare earth magnets inside new drives “is difficult,” said Hongyue Jin, a scientist at the University of Arizona who studies rare earth recycling. “And especially when you’ve got to start from some small amount with a new technology.” Still, some companies have begun taking the first steps. In 2018, Google, hard disk drive manufacturer Seagate, and electronics refurbisher Recontext (formerly Teleplan) conducted a small demonstration project that involved removing the magnet assemblies from six hard disk drives and placing them in new Seagate drives. This demonstration, said Kali Frost, a doctoral student in industrial sustainability at Purdue University, was the “catalyst” for the larger 2019 study in which 6,100 magnet assemblies were extracted from Seagate hard drives in a Google data center before being inserted into new hard drives in a Seagate manufacturing facility. Frost, who led the 2019 study, believes it is the largest demonstration of its kind ever done.

The results, which will be published in a forthcoming edition of the journal Resources, Conservation, and Recycling, not only showed that rare earth magnets could be harvested and reused at larger scale, but that there were significant environmental benefits to doing so: Overall, re-used magnet assemblies had a carbon footprint 86 percent lower than new ones, according to the study. Frost says that this estimate conservatively took into account the energy mix of the local power grid where the data center operated. Considering Google’s near round-the-clock renewable energy usage at this particular data center, the carbon footprint of the reused magnets was even lower.

All computer components can be broken down. I’ve seen people extract gold and platinum, using various tools and chemicals, pretty easily, actually. There are companies that would collect these “donations”, including anything electronic, like those cell phone recycling boxes you see at a large chain electronic store. They turn a big profit by breaking it all down, separating all the solid raw materials, moving it to various places, turning free e-waste to cold hard cash, for decades now. It’s only now the idea of all of this is surfacing.