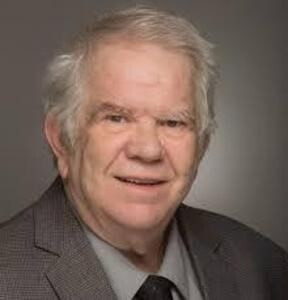 We have learned that Brad Cox, computer scientist known mostly for creating the Objective-C programming language with his business partner Tom Love, died on January 2, 2021 at his residence. He was 76. From a Legacy.com post:

Brad was born on May 2, 1944 in Fort Benning, Georgia, to the late Nancy Hinson Cox and Dewey McBride Cox of Lake City, South Carolina. Brad grew up on the family’s dairy farm in South Carolina but found himself most interested in science. After graduating from Lake City High School, he received his Bachelor of Science Degree in Organic Chemistry and Mathematics from Furman University, and his Ph.D. from the Department of Mathematical Biology at the University of Chicago, and worked on an early form of neural networks. He soon found himself more interested in computers and got a job at International Telephone and Telegraph (ITT) and later joined Schlumbeger – Doll Research Labs, and ultimately formed his own Connecticut startup, Productivity Products International (PPI) later named Stepstone.

Among his first known software projects, he wrote a PDP-8 program for simulating clusters of neurons. He worked at the National Institutes of Health and Woods Hole Oceanographic Institute before moving into the software profession. Dr. Cox was an entrepreneur, having founded the Stepstone Company together with Tom Love for releasing the first Objective-C implementation. Stepstone hoped to sell “ICPaks” and Dr. Cox focused on building his ICPak libraries and hired a team to continue work on Objective-C, including Steve Naroff. The late Steve Jobs’, NeXT, licensed the Objective-C language for it’s new operating system, NEXTSTEP. NeXT eventually acquired Objective- C from Stepstone. Objective-C continued to be the primary programming language for writing software for Apple’s OS X and iOS.