Bolt is in beta phase of development which means there can be bugs. Any production use of this tool discouraged. Pull requests and issues are welcome. I also suggest you to put this repo on watch if you are interested in it.

Bolt crawls the target website to the specified depth and stores all the HTML forms found in a database for further processing.

This phase focuses on detection on replay attack scenarios and hence checks if a token has been issued more than one time. It also calculates the average levenshtein distance between all the tokens to see if they are similar.
Tokens are also compared against a database of 250+ hash patterns.

In this phase, 100 simultaneous requests are made to a single webpage to see if same tokens are generated for the requests.

This phase is dedicated to active testing of the CSRF protection mechanism. It includes but not limited to checking if protection exsists for moblie browsers, submitting requests with self-generated token and testing if token is being checked to a certain length.

Other options and switches: 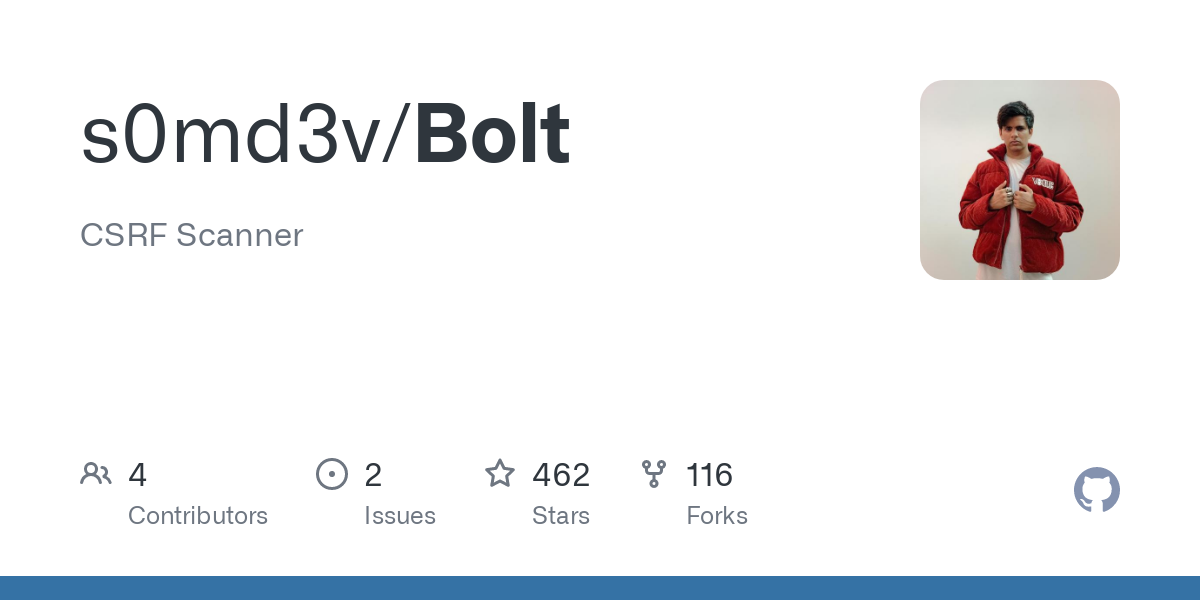 CSRF Scanner. Contribute to s0md3v/Bolt development by creating an account on GitHub.

CSRF is decreasing over years due to frameworks and browser SOP. i studied SOP and seems like CSRF is not completely dead . last week iam learning CSRF and after reading that according to hackerone repoorts CSRF vuln is decreasing year over year (-34%). first i thought then there is no use of learning this, but thats not how the hacker mindset should be . thanks for sharing . if u are a pentester/bug hunter what is your opinion on CSRF