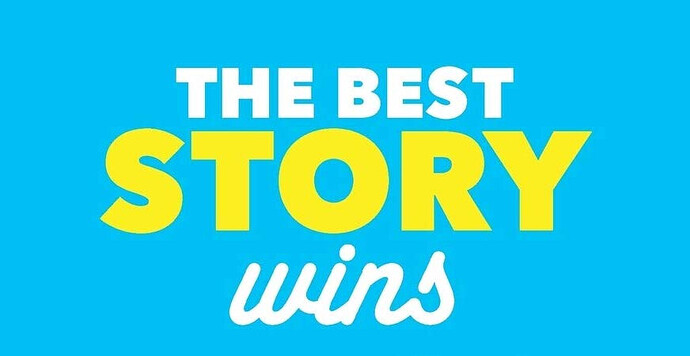 Morgan Housel, on the art and power of storytelling:

C. R. Hallpike is a respected anthropologist who once wrote a review of a young author’s recent book on the history of humans. It states: “It would be fair to say that whenever his facts are broadly correct they are not new, and whenever he tries to strike out on his own he often gets things wrong, sometimes seriously … [It is not] a contribution to knowledge.”

One is that the book’s author doesn’t seem to disagree with the assessment.

Another is that the author, Yuval Noah Harari, has sold over 27 million books, making him one of the bestselling contemporary authors in any field, and his book Sapiens – which Hallpike was reviewing – the most successful anthropology book of all time.

Harari recently said about writing Sapiens: "I thought, ‘This is so banal!’ … There is absolutely nothing there that is new. I’m not an archeologist. I’m not a primatologist. I mean, I did zero new research… It was really reading the kind of common knowledge and just presenting it in a new way.

What Sapiens does have is excellent writing. Beautiful writing. The stories are captivating, the flow is effortless. Harari took what was already known and wrote it better than anyone had done before. The result was fame greater than anyone before him could imagine. Best story wins.

It’s nothing to be ashamed of, because so many successes work this way.

The Civil War is probably the most well-documented period in American history. There are thousands of books analyzing every conceivable angle, chronicling every possible detail. But in 1990 Ken Burns’ Civil War documentary became an instant phenomenon, with 39 million viewers and winning 40 major film awards. As many Americans watched Ken Burns’ Civil War in 1990 as watched the Super Bowl that year. And all he did – not to minimize it, because it’s such a feat – is take 130-year-old existing information and wove it into a (very) good story.

Bill Bryson is the same. His books fly off the shelves, which I understand drives the little-known academics who uncovered the things he writes about crazy. His latest work is basically an anatomy textbook. It has no new information, no discoveries. But it’s so well written – he tells such a good story – that it became an instant New York Times bestseller and the Washington Post’s Book of the Year. Charles Darwin didn’t discover evolution, he just wrote the first and most compelling book about it. John Burr Williams had more profound insight on the topic of valuing companies than Benjamin Graham. But Graham knew how to write a good paragraph, so he became the legend.