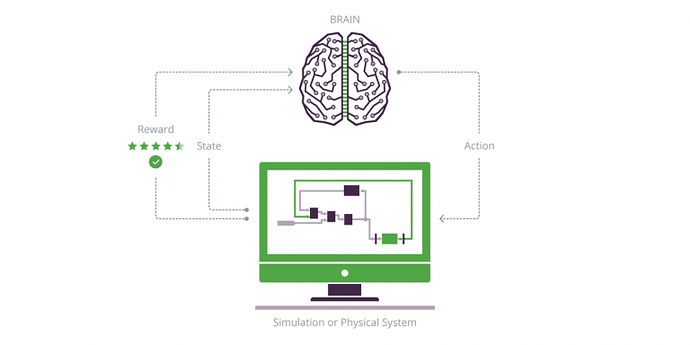 An overview of AutoPentest-DRL is shown below. The framework receives user input regarding the logical target network, including vulnerability information; alternatively, the framework can use Nmap for network scanning to find actual vulnerabilities in a real target network with known topology. The MulVAL attack-graph generator is then used to determine potential attack trees, which are fed in a simplified form into the DRL engine. The attack path that is produced as output can be used to study the attack mechanisms on a large number of logical networks. Alternatively, the framework can use the attack path with penetration testing tools, such as Metasploit, making it possible for the user to study how the attack can be carried out on a real target network.

Next we provide brief information on how to setup and use AutoPentest-DRL. For details about its operation, please refer to the User Guide that we also make available.

Several external tools are required in order to use AutoPentest-DRL; for the basic functionality regarding logical networks, you’ll need:

If you plan to use AutoPentest-DRL with real networks, you’ll also need:

AutoPentest-DRL has been developed mainly on the Ubuntu 18.04 LTS operating system; other OSes may work, but have not been tested. In order to set up AutoPentest-DRL, use the releases page to download the latest version, and extract the source code archive into a directory of your choice (for instance, your home directory) on the host on which you intend to use it.

AutoPentest-DRL is implemented in Python, and it requires several packages to run. The file requirements.txt included with the distribution can be used to install the necessary packages via the following command that should be run from the AutoPentest-DRL/ directory:

AutoPentest-DRL can be used out-of-the-box on a sample logical network topology by running the following command in a terminal from the AutoPentest-DRL/ directory:

In this logical attack mode no actual attack is conducted, and AutoPentest-DRL will only determine the optimal attack path for the logical network topology that is described in the file MulVal_P/logical_attack_v1.P. By comparing the output path with the visualization of the attack graph that is generated by MulVAL in the file mulval_results/AttackGraph.pdf you can study in detail the logical attack steps.

For more information about the operation of AutoPentest-DRL, including the real attack mode to be used when conducting penetration testing on real networks, see our User Guide.

For a list of contributors to this project, see the file CONTRIBUTORS included in the distribution. 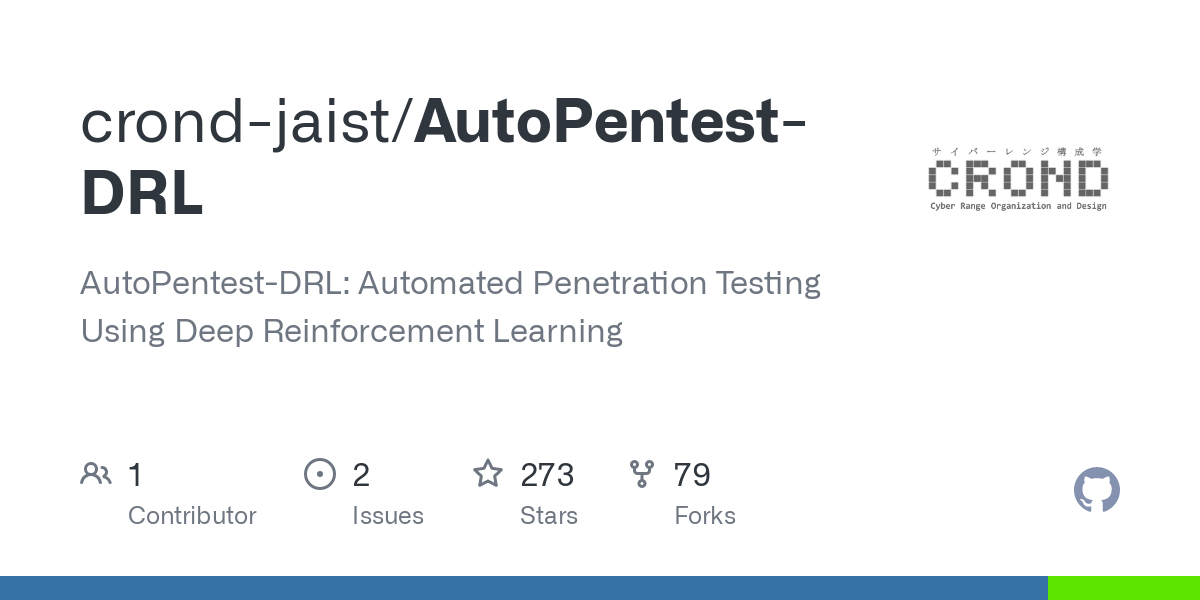