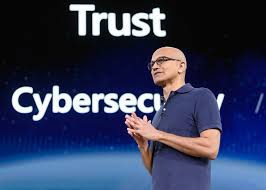 Here in the 21st century, we are beset by all manner of digital bandits, from identity thieves, to stalkers, to corporate and government spies, to harassers… To be safe, then, you have to ally yourself with a warlord. Apple, Google, Facebook, Microsoft, and a few others have built massive fortresses bristling with defenses, whose parapets are stalked by the most ferocious cybermercenaries money can buy, and they will defend you from every attacker — except for their employers. If the warlord turns on you, you’re defenseless.

We see this dynamic playing out with all of our modern warlords. Google is tweaking Chrome, its dominant browser, to block commercial surveillance, but not Google’s own commercial surveillance. Google will do its level best to block scumbag marketers from tracking you on the web, but if a marketer pays Google, and convinces Google’s gatekeepers that it is not a scumbag, Google will allow them to spy on you. If you don’t mind being spied on by Google, and if you trust Google to decide who’s a scumbag and who isn’t, this is great. But if you and Google disagree on what constitutes scumbaggery, you will lose, thanks, in part, to other changes to Chrome that make it much harder to block the ads that Chrome lets through.

Over in Facebook land, this dynamic is a little easier to see. After the Cambridge Analytica scandal, Facebook tightened up who could buy Facebook’s surveillance data about you and what they could do with it. Then, in the runup to the 2020 US elections, Facebook went further, instituting policies intended to prevent paid political disinformation campaigns at a critical juncture. But Facebook isn’t doing a very good job of defending its users from the bandits. It’s a bad (or possibly inattentive, or indifferent, or overstretched) warlord, though…

Back to Apple. In 2017, Apple removed all effective privacy tools from the Chinese version of the iPhone/iPad App Store, at the behest of the Chinese government. The Chinese government wanted to spy on Apple customers in China, and so it ordered Apple to facilitate this surveillance… If Apple chose not to comply with the Chinese order, it would either have to risk fines against its Chinese subsidiary and possible criminal proceedings against its Chinese staff, or pull out of China and risk having its digital services blocked by China’s Great Firewall, and its Chinese manufacturing subcontractors could be ordered to sever their relations with Apple. In other words, the cost of noncompliance with the order is high, so high that Apple decided that putting its customers at risk was an acceptable alternative.

Therein lies the problem with trusting warlords to keep you safe: they have priorities that aren’t your priorities, and when there’s a life-or-death crisis that requires them to choose between your survival and their own, they will throw you to the bandits…
“The fact that Apple devices are designed to prevent users from overriding the company’s veto over their computing makes it inevitable that some government will demand that this veto be exercised in their favor…” Doctorow concludes. "As with feudal aristocrats, the state is happy to lend these warlords their legitimacy, in exchange for the power to militarize the aristocrat’s holdings… "

His proposed solution? What if Google didn’t collect or retain so much user data in the first place – or gave its users the power to turn off data-collection and data-retention altogether? And “What if Apple — by design — made is possible for users to override its killswitches?”