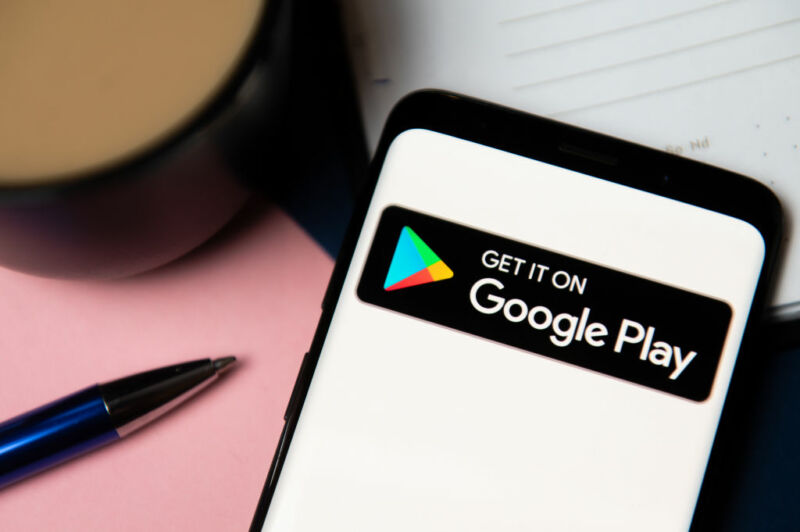 Google has given the boot to nine Android apps downloaded more than 5.8 million times from the company’s Play marketplace after researchers said these apps used a sneaky way to steal users’ Facebook login credentials. In a bid to win users’ trust and lower their guard, the apps provided fully functioning services for photo editing and framing, exercise and training, horoscopes, and removal of junk files from Android devices, according to a post published by security firm Dr. Web. All of the identified apps offered users an option to disable in-app ads by logging into their Facebook accounts. Users who chose the option saw a genuine Facebook login form containing fields for entering usernames and passwords.

Then, as Dr. Web researchers wrote: “These trojans used a special mechanism to trick their victims. After receiving the necessary settings from one of the C&C servers upon launch, they loaded the legitimate Facebook web page https://www.facebook.com/login… into WebView. Next, they loaded JavaScript received from the C&C server into the same WebView. This script was directly used to hijack the entered login credentials. After that, this JavaScript, using the methods provided through the JavascriptInterface annotation, passed stolen login and password to the trojan applications, which then transferred the data to the attackers’ C&C server. After the victim logged into their account, the trojans also stole cookies from the current authorization session. Those cookies were also sent to cybercriminals. Analysis of the malicious programs showed that they all received settings for stealing logins and passwords of Facebook accounts. However, the attackers could have easily changed the trojans’ settings and commanded them to load the web page of another legitimate service. They could have even used a completely fake login form located on a phishing site. Thus, the trojans could have been used to steal logins and passwords from any service.”