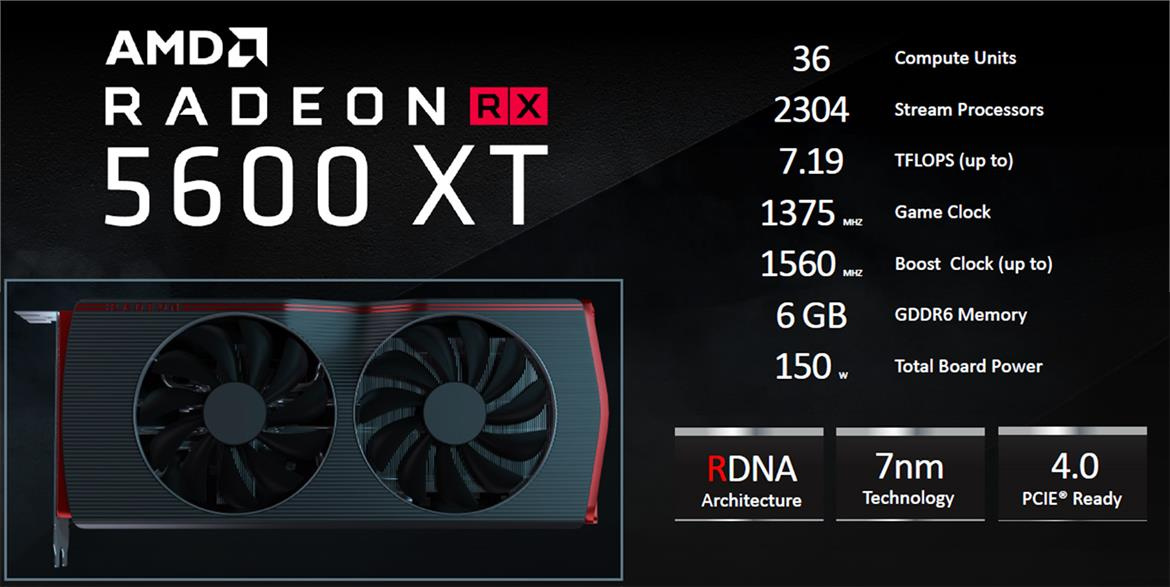 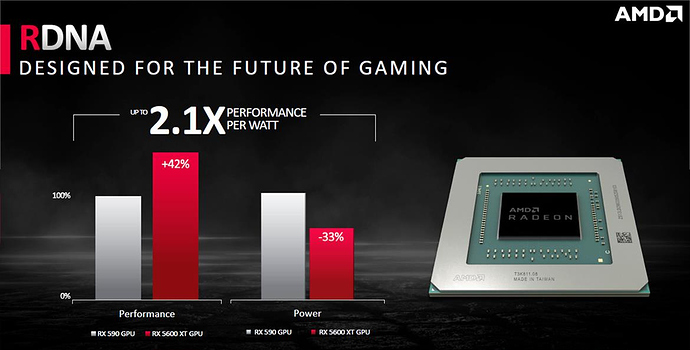 HotHardware took a Sapphire Pulse Radeon RX 5600 XT around the benchmark track and this card has a BIOS switch on-board that toggles between performance and silent/quiet modes. In performance mode, the card has a 160W power target, 14Gbps memory data rate, a Boost Clock of 1,750MHz and a Game Clock of 1,615MHz.

In the gaming benchmarks, the new Radeon RX 5600 XT is generally faster than NVIDIA’s GeForce RTX 2060 overall, with the exception of a few titles that are more NVIDIA-optimized and in VR. Though it lacks the capability for hardware-accelerated ray tracing, the new AMD Radeon RX 5600 XT weighs in $20-30 less than NVIDIA’s closest competitor and offers similar if not better performance.*