Amazon Can Make Just About Anything -- Except a Good Video Game 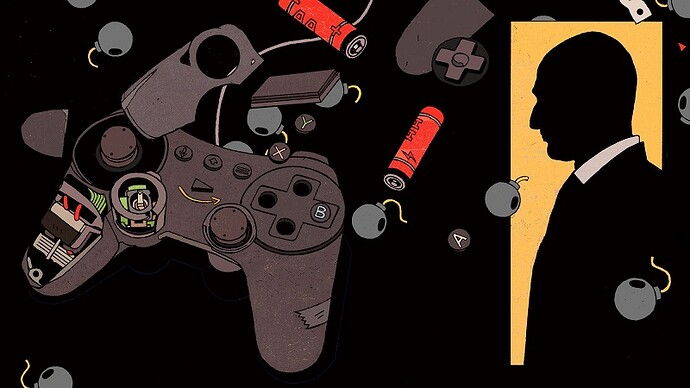 An anonymous reader quotes a report from Bloomberg, which is “based on interviews with more than 30 current and former Amazon employees, most of whom spoke under the condition of anonymity citing fears of litigation or career repercussions.” From the report:

Mike Frazzini had never made a video game when he helped start Amazon Game Studios. Eight years later, he has released two duds, withdrew both from stores after a torrent of negative reactions and canceled many more. For a company that dominates countless areas of retail, consumer electronics and enterprise computing, the multiple failures in gaming show one realm that may be impervious toAmazon.com’s distinctive business philosophy. It tried to make games the Amazon way, instead of simply making games people would want to play.

Frazzini is an Amazon lifer who came up in the books section of the website, where he endeared himself to Jeff Bezos as a manager there. Conventional wisdom inside the company is that if you can run one business, you can run any other. Amazon’s deep financial resources certainly help. As head of the games division, Frazzini has acquired established development studios and pushed the company to spend nearly $1 billion for the live video streaming website Twitch. Frazzini recruited some of the top names in the video game industry, including creators of the critically acclaimed franchises EverQuest and Portal, as well as executives fromElectronic Arts Inc.and other big publishers.

Then, according to numerous current and former employees of Frazzini’s game studios, he ignored much of their advice. He frequently told staff that every Amazon game needed to be a “billion-dollar franchise” and then understaffed the projects, they say. Instead of using industry-standard development tools, Frazzini insisted Amazon build its own, which might have saved the company money if the software ever worked properly. Executives under Frazzini initially rejected charges that New World, an Amazon game that would ask players to colonize a mythical land and murder inhabitants who bear a striking resemblance to Native Americans, was racist. They relented after Amazon hired a tribal consultant who found that the portrayal was indeed offensive, say two people who worked on the project. The game, previously planned for release last year, is now scheduled for this spring.