Academics from Israel have detailed and demoed a new method for stealing data from air-gapped computers.

The method relies on making small tweaks to an LCD screen’s brightness settings. The tweaks are imperceptible to the human eye, but can be detected and extracted from video feeds using algorithmical methods.

This article describes this innovative new method of stealing data, but readers should be aware from the start that this attack is not something that regular users should worry about, and are highly unlikely to ever encounter it.

Named BRIGHTNESS, the attack was designed for air-gapped setups – where computers are kept on a separate network with no internet access.

Creative hackers might find a way to infect these systems – such as using an infected USB thumb drive that’s plugged into these systems – but getting data out of air-gapped networks is the harder part.

This is where a team of academics at the Ben-Gurion University of the Negev in Israel have specialized themselves. For the past few years, they’ve been studying ways of extracting data from already-infected air-gapped systems.

Past academic research into the field includes data exfiltration techniques like:

HOW THE “BRIGHTNESS” ATTACK WORKS

The new BRIGHTNESS attack is similar to all the methods described above. The steps are described below:

The research team said it tested the BRIGHTNESS attack in several configurations. Researchers say they had the best results by modifying the Red color pixels with around 3% from their normal settings. 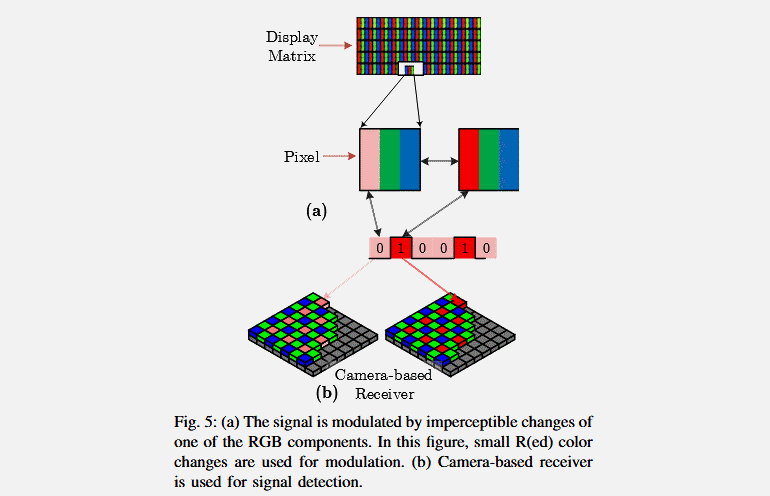 This small change is invisible to the human eye due to the high refresh rates on modern LCD screens, but can be picked up by modern high-resolution video cameras that often come with webcams, smartphones, laptops, or security camera equipment.

However, transmitting data this way is extremely slow. Researchers reported maximum speeds of 5-10 bits/second, which is an incredibly low transmission speed – among the lowest of all the air-gap exfiltration attacks listed earlier in this article.

This speed means the attack might be useful for stealing a small encryption key but don’t hold your breath for exfiltrating a 1GB ZIP archive without the risk of getting detected.

The research team says that the easiest way to twarth BRIGHTNESS attacks is to apply polarized film on top of computer screens.

“The user gets a clear view while humans and cameras at a distance would view a darkened display,” they said.