9 Books That Predicted The Future | Must Read 💯 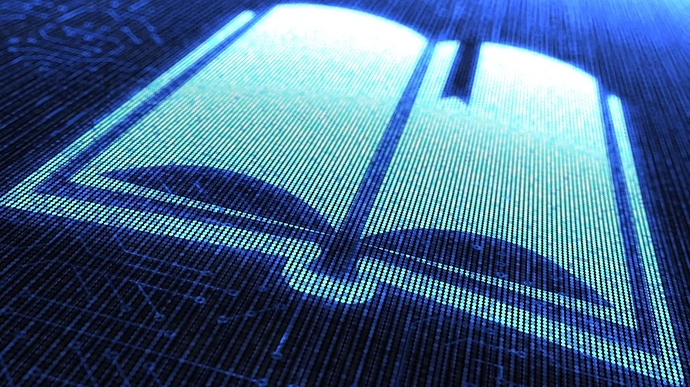 The problem with writing fiction is that readers expect the worlds authors create, even the most baffling and high concept ones, to make sense—so authors spend a lot of time making the worlds they craft believable. And sometimes, they come up with a plot point in their work that seems to foresee a real-world event. Some of the predictions in these[books came true in such eerie detail that you have to wonder whether fiction is as fictitious as it claims.

In this book written by Morgan Robertson, a massive ocean liner described as “the largest craft afloat” is steaming at full speed through the North Atlantic when a watchman cries out “Iceberg.” But the ship hits the ice and begins to sink. With too few lifeboats, many of the passengers drown when the ship goes down.

The story sounds familiar, but this ship wasn’t the Titanic — Futility 's ship was the Titan . Robertson penned his novel 14 years before the Titanic took its doomed maiden voyage—and those aren’t the only similarities between Robertson’s Titan and the Titanic , either. Such was the predictive power of the text that just a week after the sinking of the Titanic the story—now called The Wreck of the Titan; or, Futility —was being serialized in newspapers as “an amazing prophecy.”

In 1990, sci-fi author David Brin published Earth , a novel packed with a number of predictions about the year 2038. In the book, something resembling spam overwhelms email inboxes; there has been a nuclear meltdown at Japanese nuclear power plant; and the world suffers from global warming. “Three million citizens of the Republic of Bangladesh watched their farms and villages wash away as early monsoons burst their hand-built levees,” Brin wrote, “turning remnants of the crippled state into a realm of swampy shoals covered by the rising Bay of Bengal.”

In the afterword, Brin said that he “exaggerated the extent greenhouse heating may cause sea levels to rise by the year 2040,” but some models suggest he may not have been that far off the mark after all.

In this 1914 novel, H.G. Wells predicted that the problem of extracting energy from the atom would be solved in 1933—and in that year, Leo Szilard did, in fact, come up with the idea of a nuclear chain reaction. That wasn’t the only prescient element of The World Set Free: Wells also described how radioactive elements could be used in “atomic bombs” that left battlefields radioactive for years to come.

In Jonathan Swift’s biting 1726 satire, he lampooned many aspects of British life, including scientists and their obscure research. He wrote that the Laputans found two moons with relatively short orbital periods around Mars—150 years before two such moons were discovered. It wasn’t just the existence of the moons that Swift got right: According to S.H. Gould in Journal of the History of Ideas , the moons’ “strange behavior agreed very closely with Swift’s description.” Several craters on Mars’s moon Phobos are now named after Swift’s characters.

5. FROM THE EARTH TO THE MOON

More than 100 years after Jules Verne wrote his tale of three men traveling to the Moon from the United States, the first real lunar travelers splashed down in the Pacific—just as their fictional counterparts had (albeit in the sequel, Around the Moon ). Verne got their take off spot in Florida right too, though launching them from a giant space gun would have shattered the astronauts’ bones. In the 1950s, John Paul Stapp took a rocket sled from 0 to 632 mph in five seconds, experiencing up to 20 Gs (and hitting 46.2 when slowing down). According to modern calculations, being launched from Verne’s cannon would produce 23,413 Gs [PDF].

When you turn on your flat-screen TV or pop in your earbuds, you’re living out the dystopian vision of Ray Bradbury’s 1953 book Fahrenheit 451. In the novel, people bombard themselves with entertainment instead of talking to each other. Much easier to pop your seashell radios in your ears and forget about the books you planned to read.

Written in the late '60s and set in 2010, John Brunner’s Stand on Zanzibar predicted a popular politician by the name of President Obomi, president of Beninia; random mass shootings; a European Union; and people connecting to an encyclopedia over the phone. Unfortunately, Brunner never wrote a book about next week’s lottery numbers.

8. THE NARRATIVE OF ARTHUR GORDON PYM OF NANTUCKET

In The Narrative of Arthur Gordon Pym of Nantucket —the only novel written by Edgar Allan Poe, published in 1838—sailors are adrift and starving in the ocean after their whaling vessel is hit by a storm. Desperate, they draw lots to decide who should be sacrificed, and the fate of being eaten falls on Richard Parker. Nearly 50 years after Poe had written his tale of cannibalism, a real-life Richard Parker was killed and eaten by his hungry shipmates after their ship, the Mignonette , sank in a storm.

Chances are that you’re currently self-isolating to keep sickness at bay. If you have to see people, you log on to Zoom. Touching anyone else seems risky. In E.M. Forster’s 1909 novella “The Machine Stops” (later featured in the book The Eternal Moment and Other Stories ), that’s what the normal world has become. Writing at the BBC, Will Gompertz called the story “not simply prescient; it is a jaw-droppingly, gob-smackingly, breath-takingly accurate literary description of lockdown life in 2020.” (Source: mentalfloss)

Here we go with the books!!! Enjoy reading.

Thanks Sam for the wonderful post and really appreciate @ icon soul for the compilation of all the books. you made it super easy

Thank you bro for compiling them together <3